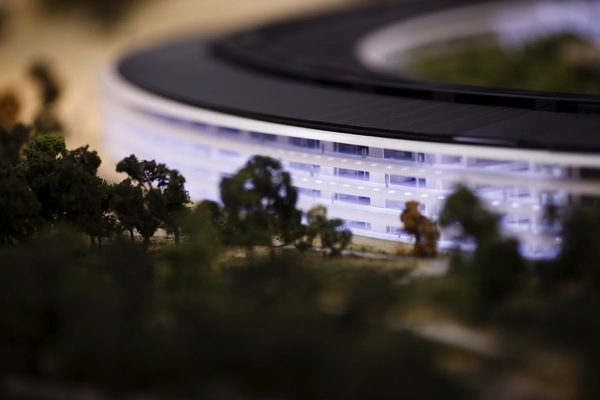 In about three years, a sea of asphalt will become the host of the most “eccentric” corporate building in Silicon Valley. Peter Oppenheimer, Apple’s head of finances, gives a sneak peek of Apple’s plans for its spaceship-like headquarters.

But why did Apple pick the circle shape instead of the usual rectangles and squares that, beyond our personal real estate, define a world-class company’s headquarters?

Apple, as always, shares a different perspective when it comes to corporate headquarters, which obviously involves collaboration. As Peter Oppenheimer said in an exclusive interview with the Mercury News, the Apple campus Steve Jobs dreamed of is a place which enhances collaboration.

“The concept of the building,” said Oppenheimer, “is collaboration and fluidity. It’ll provide a very open-spaced system, so that at one point in the day you may be in offices on one side of the circle and find yourself on the other side later that day.” […] “We found that rectangles or squares or long buildings or buildings with more than four stories would inhibit collaboration,” Oppenheimer said. “We wanted this to be a walkable building, and that’s why we eventually settled on a circle.”

Furthermore, as Apple highlighted earlier this month during a public debate, the company campus is absolutely a planet-friendly building: beyond the hand-picked oaks that will be planted near the building, the renowned Norman Foster has designed a building that is naturally ventilated and avoids the need for air-conditioning for 70% of the year, one which will include LED lightning and smart control systems adapted to the site’s microclimate conditions . . . and the list goes on.

Dan Whisenhunt, Apple’s director of real estate and facilities, emphasized that the 2.8-million-square-foot building is unique, because it uses 100% renewable energy, unheard of at this scale, and the majority of the energy will be produced on-site.

The plan is heading toward the city council for a vote, with the final vote arriving sometime in November.