The Moment Nokia Executive Realized That His Company Was in Trouble 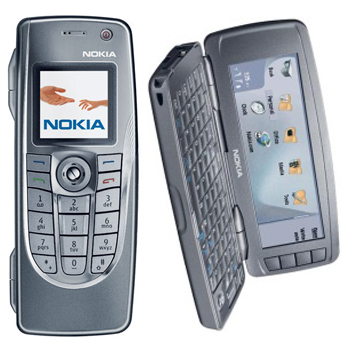 Nokia’s success began about 20 years ago with the rapid adoption of mobile phones. The company recorded tremendous success among users because every cellphone the Finnish manufacturer launched was very easy to use: users learned instantly how to place phone calls and take advantage of the handset’s features. But one day, everything suddenly changed. The change was noticed by a Helsingin Sanomat journalist, who immediately wrote to Nokia as an individual to warn them about the forthcoming failure.

After more than five years of silence, Lauri Malkavaara published his open letter to Nokia and its employees (via Arnold Kim), in which he — as an individual and not as a journalist — pointed out that Nokia’s strategy was about to cause trouble for the company. And we know now what the once market leader Nokia’s position is in the global cellphone market, not to mention the smartphone market.

My employer bought me my first mobile phone in 1996. It was convenient and durable, but it broke down in 2001, when I was given my second mobile phone. It had new functions, and even the internet. However, I quickly learned to use my new telephone.

Last week my second mobile phone broke and my employer bought me the third mobile phone that I have ever had in my life. I have wondered about it for a week now. At first I did not even know how to call with it without the manual, and I still do not understand very much of it.

The problem is that half a year ago a friend of mine at work showed me a device manufactured by Apple called the iPod Touch. I fell in love instantly. I wanted an iPod, and with that device I could also have convenient access to the internet and much more. I ordered my own iPod touch, turned it on, and knew immediately how to use it. I have used the device now on a daily basis for over six months, and I have not even thought about any manuals. The logic of the device opens up right away. It is no wonder that it is a huge success all over the world.

My new Nokia telephone model is called the E 51. Unfortunately the phone has not been designed in so that just anybody could learn to use it easily.

A telephone is mostly used for making calls and sending text messages. It would be crucially important for these features to be designed so that the user can perform the tasks with a minimum amount of button pressing – in other words, quickly.

Summary: By putting a telephone like the E 51 onto the market, Nokia has squandered its most important legacies: to produce telephones in such a way that they are easy to use. This will cause problems for Nokia.

Interestingly, his letter — sent on August 18, 2008 — triggered lots of phone calls from Nokia employees and executives, which finally ended with a personal meeting with an executive. Then Lauri had the chance to explain in person what he thought of the company and to warn the executive that Nokia was heading in the wrong direction. What’s interesting is that the executive himself agreed, but this didn’t matter at the time, due to the company’s cellphone strategy.

When the iPhone  launched in 2007, the same executive had ordered a bunch of Apple handsets, taking one back home. He was amazed that that his four-year-old daughter learned to use it immediately. Finally, amazed by the phone’s magic, the little girl asked her father before going to bed: “Can I take that magic telephone and put it under my pillow tonight?”

“That was the moment when the Nokia executive understood that his company was in trouble.”

In a recent interview, Apple engineer Esge Andersen discussed how the company achieved improved sound quality regarding the AirPods Pro 2. Much of the improvements came without the integration of lossless audio and it is all thanks to improved airflow instead. Speaking with What Hi-Fi?, Andersen pulled back the curtain about the improvements to audio...
Steve Vegvari
18 hours ago