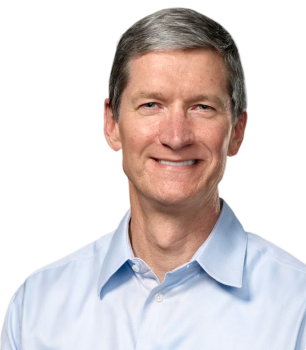 In an interview with the Chinese media, Tim Cook has confirmed that he has met with China Mobile’s chairman and tipped that the cellular version of the iPad mini with arrive in China later this month.


After meeting the Chinese Minister of IT, socializing in the Apple Store and discussing with its partners, Tim Cook’s agenda included a visit to China Mobile, Apple’s possible future partner, although they had nothing official to announce yet according to Apple’s CEO.

Tim Cook highlighted once again that China is among Apple’s top priorities and admitted that products arrive later in Apple’s second-largest market than they would want them to. However, he was quick to add that the company is doing everything to remove the obstacles that are slowing down the product roll-out process, such as the approval the company needs in order to list its products in the Apple Store and resellers.

And the facts speak for themselves: the cellular version of Apple’s latest tablets have received domestic network licenses, and Tim Cook announced that the number of Apple Stores will likely surpass twenty-five, as China is very important to the company.

When asked about the Apple television set, Tim Cook politely declined to answer, saying he usually doesn’t talk about the future roadmap, but Apple is never lacking in creativity to meet consumers’ high expectations.

You can read the full interview here (Google translation).

Apple is in some hot water once more as a federal lawsuit regarding its AirTags has been issued in San Fransisco court. Two women filed to sue the company, with one alleging that an AirTag was used by an ex-boyfriend to stalk them. The lawsuit was filed this week and largely criticizes Apple's safety protocols...
Steve Vegvari
5 hours ago