Apple has officially confirmed the Beats acquisition rumours by announcing the deal yesterday. After the announcement, Eddy Cue and Jimmy Iovine were the guests of Walt Mossberg and Kara Swisher; they talked about the deal and suggested that Apple has great plans for the future. But what about Wall Street analysts? What do they think of the deal? (via WSJ, and AppleInsider)

Interestingly, the announcement came the same day Morgan Stanley analyst Katy Huberty had pointed to declining iTunes sales. The same analyst sees the deal as a “low-risk, potentially high-return deal”, noting that Beats’ device business has been growing 30% y-o-y. But at the heart of the deal is the subscription service, and Huberty believes every 1% penetration of Apple’s 800 million active user accounts equates to $960 million in revenue.

Josh Stewart, portfolio manager of the Wasatch Wold Innovators Fund, believes the Beats headphones are nice products, and that although the niche is pretty thin, that doesn’t really matter for Apple – it was in the mix, so Apple bought it all. What’s interesting is the streaming music space, “but buying Beats isn’t going to get Apple there.”

“The two core motivations for the acquisition were to bring Jimmy Iovine and Dr. Dre on board with Apple (as previously expected) and to integrate the Beats Music streaming service into iOS. If successful, adding Iovine and Dr. Dre could help propel Apple into the next level in its content offering, particularly in video, which could pave the way for new products including a television.” 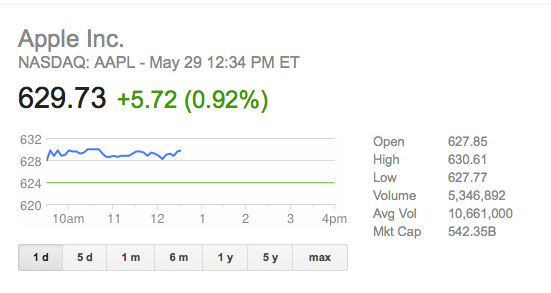 But skeptics are just one section – and apparently a tiny one – of the Wall Street analysts who don’t understand Apple’s move. The bigger chunk believes this acquisition will propel Apple’s music business, and so do the investors, because as of writing this article, Apple’s stock price is up 0.90% to $629.73.