The forthcoming wireless spectrum auction has triggered loud comments on Ottawa’s wireless policy, which allows new entrants to purchase two blocks of spectrum out of the available four, while the incumbents are limited to one. But what do Canadians think about it? 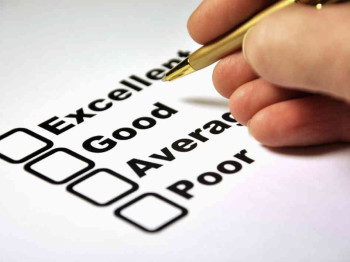 Well, as previous surveys have already shown, if the survey is commissioned by an interested player, they will paint a favourable image of the initiator, while if we are asking the public unscientifically, the results look totally different.

What I am referring to is two different surveys: one commissioned by Bell and conducted by Nanos Research, and a second (unscientific) one, which can be found online on the Toronto Sun’s website. And as you will see below, they show two completely different images of what Canadians think of Verizon’s potential entrance into the country.

The survey commissioned by Bell and Telus has found that 81% of the Canadians think neither foreign nor Canadian companies should be favoured in the wireless auction. And an interesting addition to the aforementioned info is that, in terms of general competition, 70% of the respondents said they would prefer Canadian-owned companies.

And here comes the bombshell: according to the Bell survey, only 27% of Canadians would support foreign-owned telecoms entering the Canadian market. 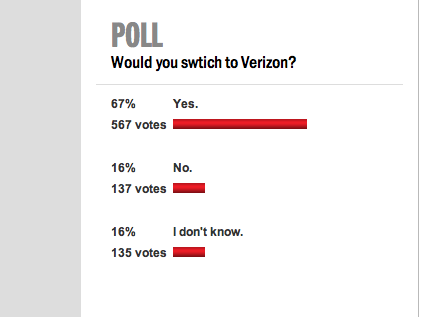 Now, if we look at the public, unscientific poll available on the Toronto Sun’s website, we find that 67% of those surveyed would switch to Verizon as soon as the company stepped into the Canadian wireless market.

MPs on the House of Commons' industry and technology committee on Wednesday expressed concerns about the impact of Rogers’ proposed $26 billion takeover of Shaw Communications on jobs, competition, and affordability in Canada's telecommunications sector (via The Globe and Mail). During another hearing on the long-embattled merger just a week before its January 31 deadline,...
Nehal Malik
2 hours ago

SaskTel announced on Wednesday it has started rolling out its 5G wireless network to the Battlefords, offering faster download speeds. The Saskatchewan crown corporation says it recently debuted its 5G network in the Town of Battleford, but expects all of Battleford and North Battleford to have full access by the summer of this year. “Our […]
Gary Ng
4 hours ago