Bell officially announced its streaming CraveTV service last week, available for $4 per month to only their existing TV subscribers plus those from TELUS and Eastlink.

The company now plans to generate some buzz for CraveTV by having six “Cravers” attempt to binge-watch 91 straight hours of TV, starting Monday, December 8 at 1PM EST/10AM PST in Toronto.

The following is a time-lapse of the venue—a fully-functional living space outside of Bell Media’s 299 Queen Street West headquarters in Toronto—where these six Canadians will try to set a new Guinness World Record, if they can keep watching until Friday, December 12 at 8AM EST.

The six “Cravers” are Lisa Matlock, Blake Cronyn and Jasmin Shim from Toronto; Monique Redhead from Etobicoke; and Devon Ferguson from Vancouver. The winner will be presented with a $5,000 cheque from from a Guinness World Records Adjudicator, plus a certificate of the feat. 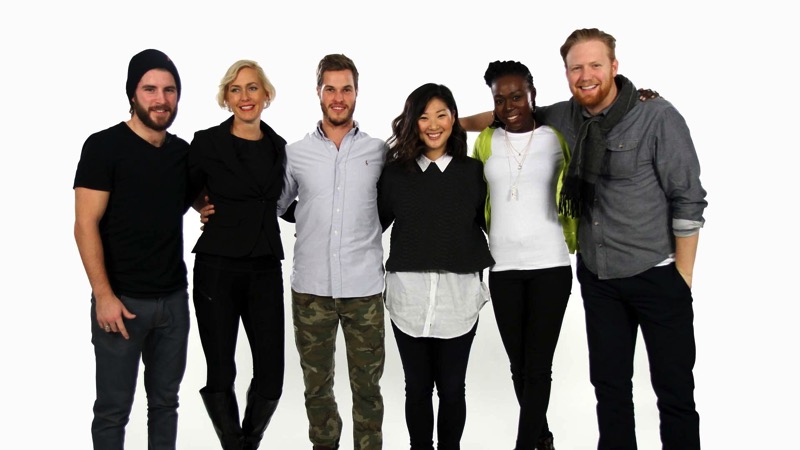 The existing record of 90 hours of straight TV watching was set earlier this year by Erik Pettersson, in Stockholm, Sweden. Their show of choice? The TV series 24 starring Canadian Kiefer Sutherland (excellent choice). Participants in that marathon drank 100 cups of coffee and watched 134 episodes. They were allowed 5 minute breaks every hour, with the option to bank breaks for a longer consecutive period.

No word if these same rules will apply to the Toronto attempt. If they do, that would mean 455 minutes of total break times. Contestants could strategically bank their minutes and get a 91 minute ‘nap’ every 18.2 hours. Essentially the winner will be paid $54.95 per hour to watch 91 straight hours of CraveTV and also get some publicity for the stunt too.

Here’s the schedule of shows theses “Cravers” will watch select season one episodes from. The event will be hosted by TSN’s ‘Cabbie’ Richards:

How long can you go without sleep for? I hope they have lots of Red Bull and espresso ready.

Update: you can watch the “Cravers” live in action here.