A while back iPhone users saw a 16.1 carrier update from Bell on their iPhones and you guys asked us what was new.

@iPhoneinCanada Looks like a new Carrier update came out on my 5S with Virgin Mobile. Bell 16.1

We reached out to Bell for clarification and they told us the following via email: 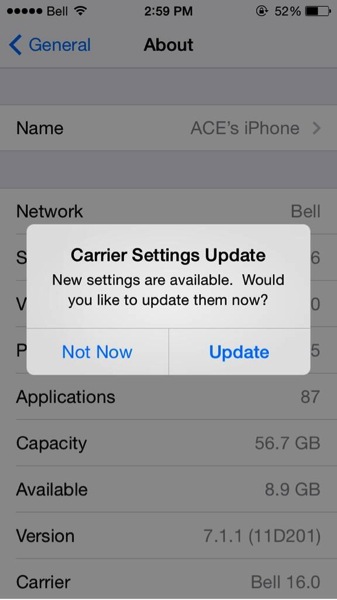 In other words, this update is related to iOS 7.1.1 and that’s all we were told. So if you’ve been losing sleep at night over this carrier update, now you know.

Bell Canada today announced its unaudited financial results for the fourth quarter and full year ended December 31, 2022. For its wireless business, Bell reported $2.666 billion in operating revenue for Q4, an increase of 7.7% year-over-year. The company also beat its Q3 2022 wireless revenue of $2.466 billion. For 2022 as a whole, Bell...
Nehal Malik
8 hours ago