Back in January when Rogers started rolling out its 5G network, Bell stated it planned to have its own 5G network debut in 2020 as well. This morning, Bell announced it had launched “Canada’s largest 5G wireless network,” available in Montréal, the Greater Toronto Area, Calgary, Edmonton and Vancouver.

The company also says it has partnered with Western University to debut a campus-wide 5G network, to go with an advanced 5G research centre. With 5G technology, speeds are up to 6x faster than current 4G LTE networks and offer greater capacity and lower latency.

“Bell has built the country’s best networks since 1880 with a goal to advance how Canadians connect with each other and the world, and we’re proud to take the next step forward with the country’s largest 5G network,” said Mirko Bibic, President and CEO of BCE and Bell Canada, in a statement.

The company says its 5G coverage is “6 times greater than the next largest network”, and supports its current 5G devices such as the Samsung Galaxy S20 5G series, LG V60 ThinQ 5G Dual Screen and Motorola Edge+.

Bell says 5G wireless access is $10/month and is available for any Bell Mobility postpaid plan. However, access is “currently offered as a free bonus until March 31, 2021.” In comparison, Rogers will charge $15/month for 5G access in March 2021, which is $5 more and also requires a Rogers Infinite plan. It’ll be interesting to see what Telus will charge for 5G.

Below are 5G coverage maps for the five launch cities, current as of June 11, 2020, according to Bell: 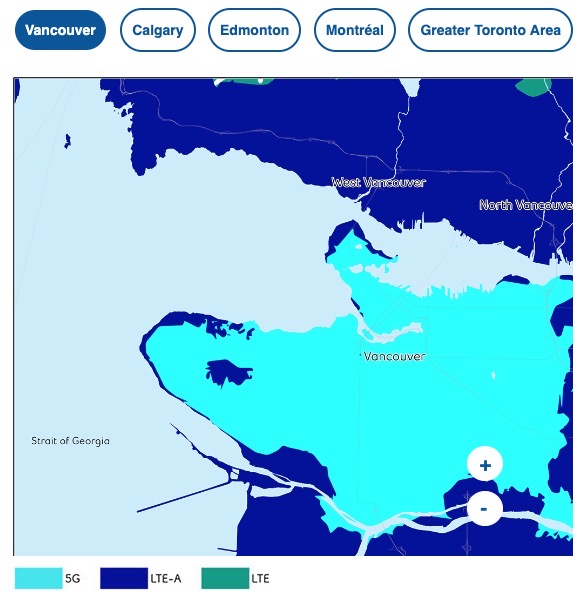 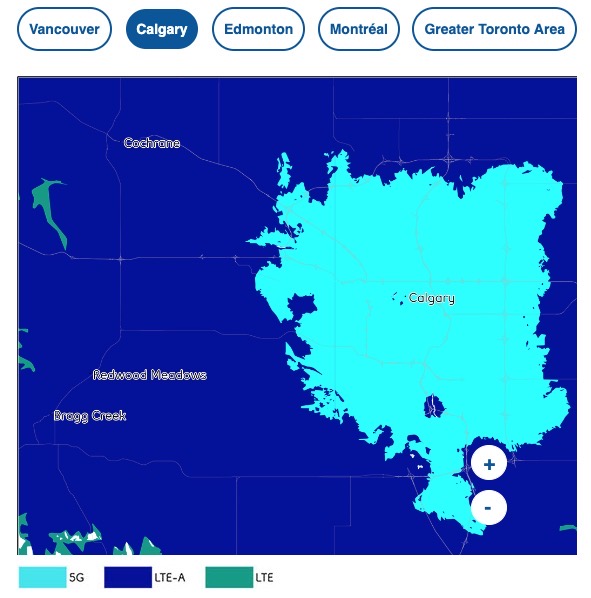 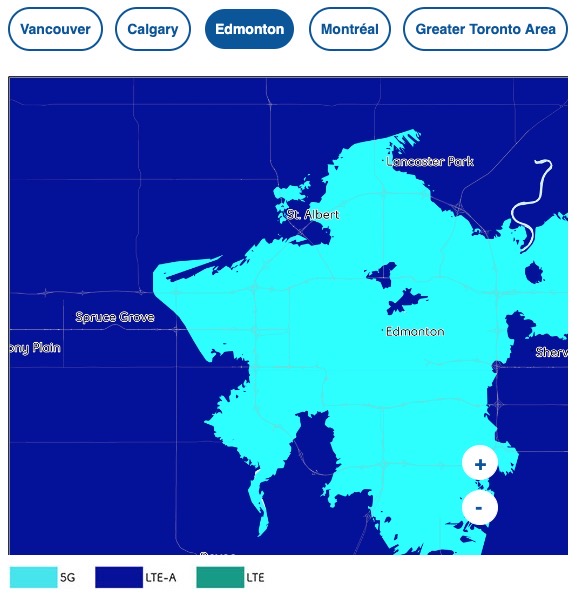 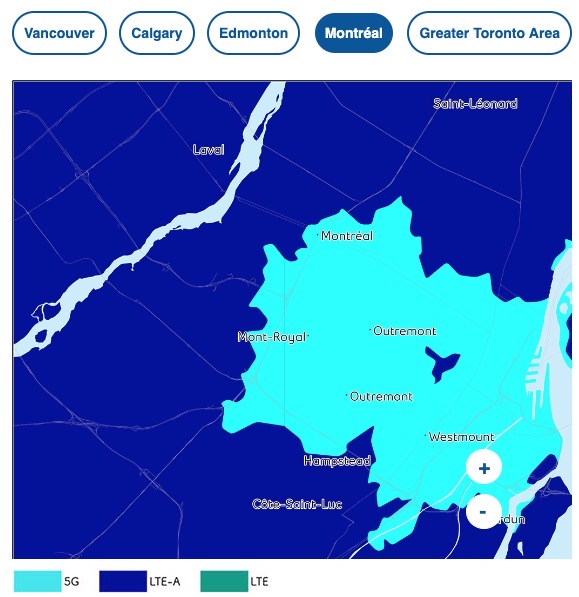 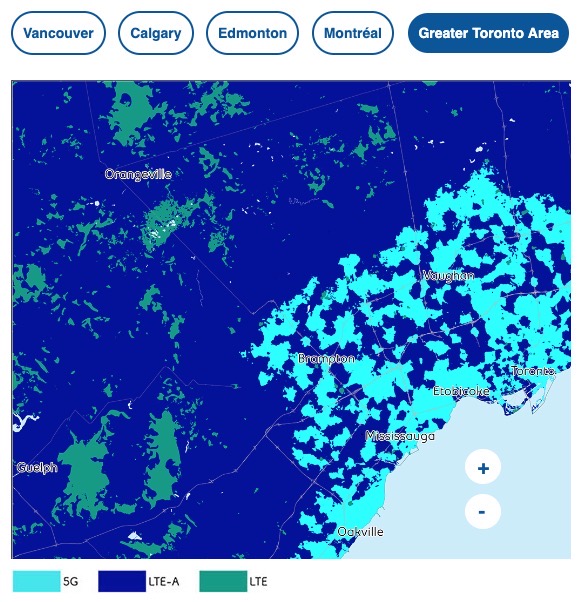 As for 5G network partners, Bell says it is working with “leading global and domestic 5G partners,” mentioning Ericsson and Nokia.

Last week, the government of Canada announced the 3500 MHz wireless spectrum auction for 5G would be delayed until 2021.

Are you ready to pay extra for 5G access in 2021 from wireless carriers?

Update: A Bell spokesperson told iPhone in Canada in an email they are using AWS spectrum for their initial 5G launch. As for network partners, we were told, “Access to the latest technologies from various providers is both an innovation and competitive advantage. We would consider working with Huawei again if the government allows their participation.”