Bell has launched a new two-page ad in the Toronto Star touting “Concerns are growing…and growing” over Verizon. The ads show quotes from people who support Bell’s point of view that Verizon’s entry into Canada would be a ‘concern’ (via @hollysisson). 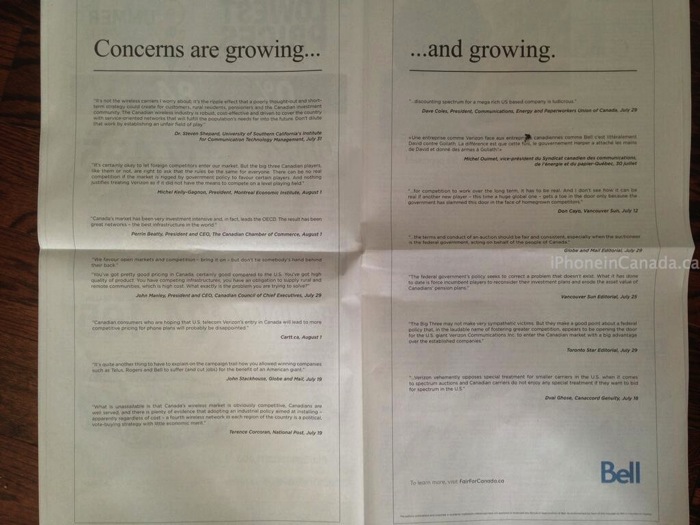 The quotes can similarly be found on the new website FairforCanada.ca, launched by Rogers, TELUS and Bell to campaign public support for the dire situation these companies will face if Verizon is allowed to enter Canada and participate in the upcoming wireless spectrum auction. 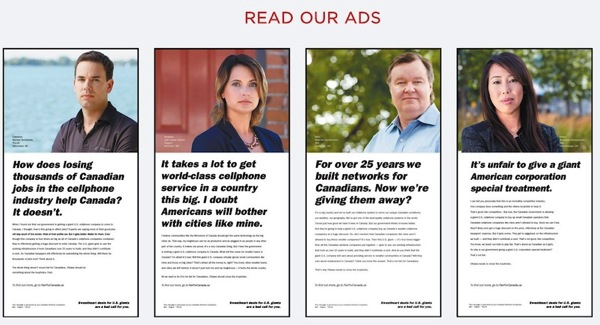 Just over a week ago Bell’s CEO wrote an open letter in the Toronto Star as well, citing concerns foreign companies such as Verizon would impact Canadian jobs and the company’s storied history. Despite the ongoing public media campaign to seek Ottawa to change its wireless spectrum rules, the Federal government has stated it will proceed forward as planned.