Bell and its flanker brand Virgin Plus have announced on their websites iPhone 13 pre-orders will take place on Friday, September 17, 2021, the same date as pre-orders on Apple.ca.

“Bell. The fastest 5G network for iPhone”, reads the company’s website—but only in selected areas, notes the fine print.

As for Virgin Plus, it mentions iPhone 13 Pro pre-orders are “coming soon”, with the ability to order on September 17, 2021 as well. 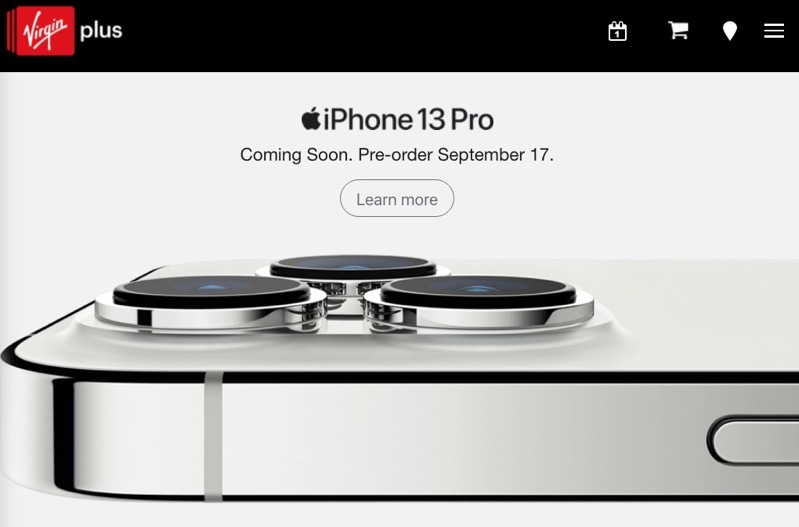 Rogers and Fido, along with Telus and Koodo, have also launched similar iPhone 13 lineup pre-order landing pages, ahead of this Friday.

Update September 17: Bell has launched iPhone 13 and iPhone 13 Pro pre-orders. Pricing for iPhone 13 Pro 256GB on the Device Return Option, for example, is showing at $1,585, a $46 markup versus Apple.ca. With Apple offering 24 month 0% APR financing, that might be a better choice.

[caption id="attachment_382081" align="aligncenter" width="1000"] Image: Bell[/caption] As Hurricane Fiona makes landfall in Atlantic Canada, telecommunications services are more instrumental than ever in ensuring that Canadians can stay connected with their loved ones and emergency services. To that end, Industry Minister François-Philippe Champagne is organizing telecom operators in the impacted areas to "ensure their services are...
Nehal Malik
4 hours ago