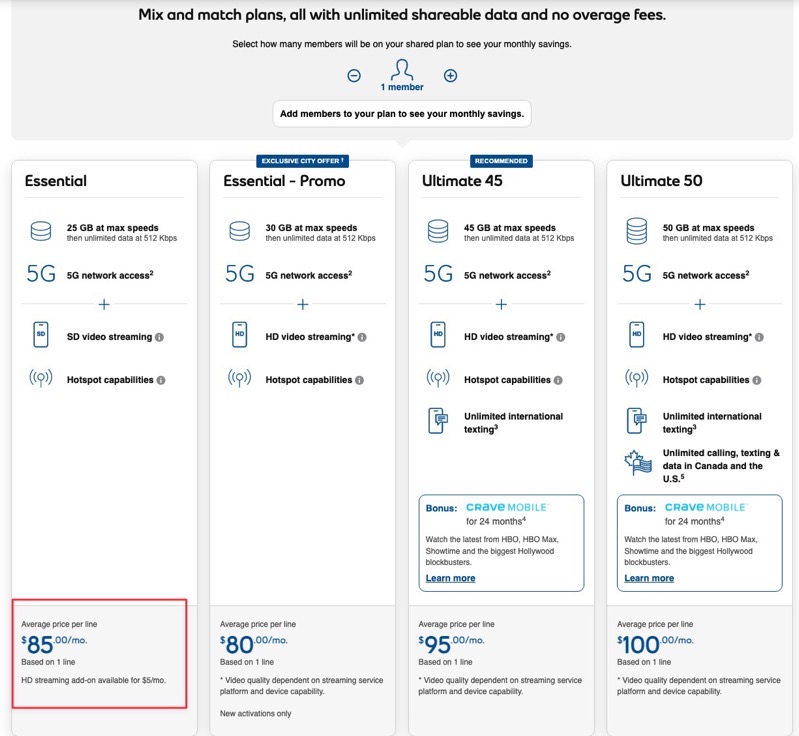 Bell has raised the entry price of its ‘unlimited’ data plans to $85 per month for 25GB of data, matching its rivals Rogers and Telus.

This change now makes the starting price for an ‘unlimited’ data plan at $85 per month, although Bell does still have an $80/30GB promo plan available for new activations only.

Here’s what’s the wireless landscape looks like as of today for unlimited plans from Rogers, Telus and Bell:

Telus and Rogers recently bumped up the starting price of their ‘unlimited’ plans to $85 with 25GB of data.

While these starting ‘unlimited’ data plans are increasing in price, more data is being offered. But the bump in price allows carriers to pad average revenue per user metrics, which are a valuable indicator for investors.

Are you on an unlimited data plan? How much data are you using every month?

Bell Media’s streaming service Crave is back with another promo for the holidays, again offering 25% off its top gift card. Last year, Crave offered 25% off its $100 gift card, resulting in customers paying $75, saving a cool $25 off. For 2022, Crave is offering up the same promotion again. You can buy a […]
IIC Deals
1 hour ago