Bell has confirmed with iPhone in Canada it will begin iPhone 7 and iPhone 7 Plus pre-orders tonight at 12:01AM PST/3:01AM EST, on September 9th, with a launch set for September 16th (just like Apple). 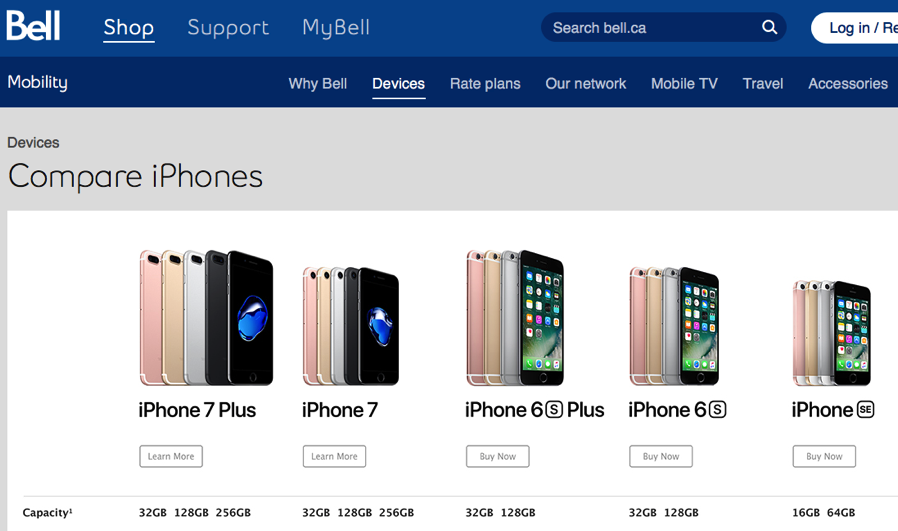 Earlier today, SaskTel published iPhone 7 and iPhone 7 Plus pricing, which is the same as last year’s iPhone 6s and iPhone 6s Plus (according to MobileSyrup, Bell’s prices are $1 more):

Apple’s unlocked iPhone 7 and iPhone 7 Plus pre-orders will kick off tonight at 12:01AM PST/3:01 AM EST. Get your wallets ready, folks.