Bell has posted iPhone X pricing on two-year contracts on their website, and as expected, pricing is pretty much identical to Rogers and Telus.

Here are Bell’s starting prices for iPhone X on contract on maximum subsidies:

For the max subsidy prices listed above, it will require a minimum $95 per month plan (minimum $25/1GB data per account plus minimum $70/month per user). 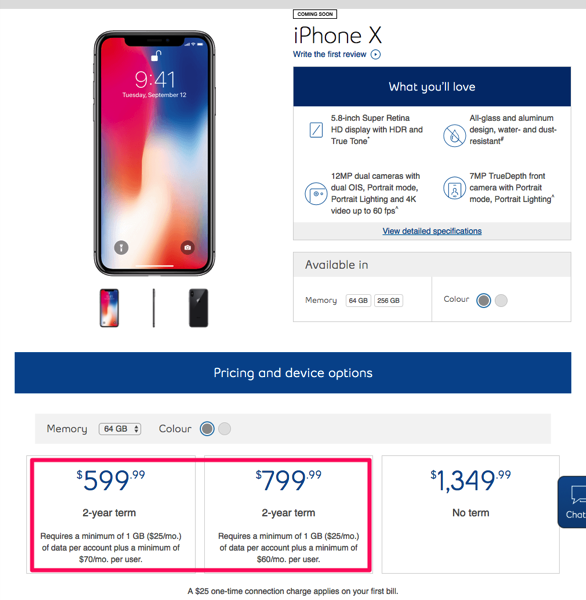 Vote in our poll here to share what iPhone X configuration you’re going to pre-order.

Staples Canada and Bell announced a multi-year exclusive agreement on Tuesday, to sell Bell, Virgin Plus and Lucky Mobile wireless and wireline services at Staples stores across Canada for both consumers and small businesses. Both companies will also partner to sell Bell services to medium businesses through the Staples Professional sales team. Beginning in late […]
Gary Ng
13 hours ago