Rogers posted their iPhone X pricing on two-year contracts last week, starting at $599 for the 64GB model on a Premium+ plan, which offers a maximum subsidy with a $95 per month plan.

Now, Telus has posted iPhone X pricing details, only to reveal a $600 price tag with a starting $95 per month Premium Plus plan. 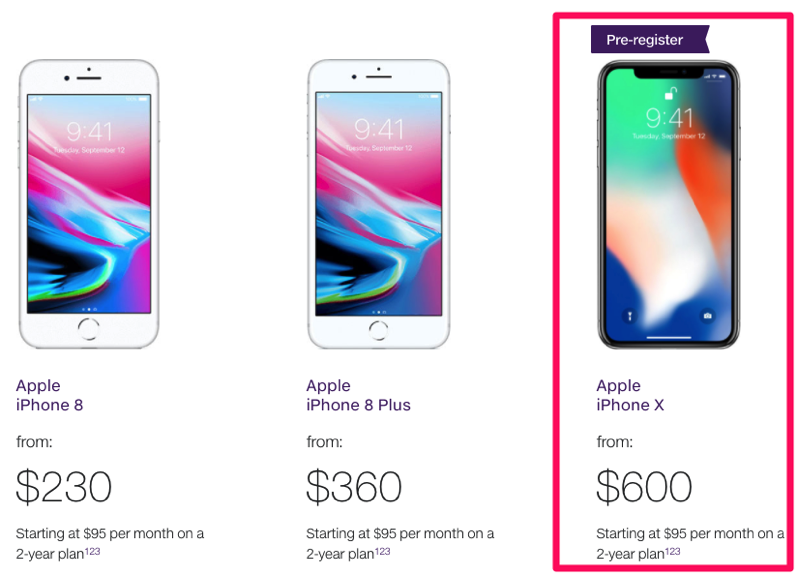 Telus says iPhone X is also available on a two-year term with an $85 per month plan, but the up front device pricing will most likely be $200 more, like with Rogers.

Here’s what iPhone X will most likely cost from Telus on contract—pricing is usually identical between the Big 3:

As of writing, no pricing has been listed on Bell’s website yet—but expect it to be the same as above.

Unlocked iPhone X pricing starts at $1319 for the 64GB and $1529 for the 256GB model. We’ll soon have a comparison post detailing what’s cheaper: iPhone X unlocked or iPhone X on contract.

After Koodo launched a $45/50GB promo plan for Black Friday today, Rogers-owned Fido has now matched this offer. That’s according to reliable mobile insider ‘Thatdealguy’ on RFD, who noted the matching offer from Fido also is eligible for additional gift cards and rewards points bonuses at retailers such as Walmart, Best Buy, The Mobile Shop […]
IIC Deals
5 hours ago