Back in May, we followed up with Bell Media to inquire when its Crave streaming service would introduce 4K streaming. At the time, the company said there were no updates on 4K viewing quality, only to say it was “on the roadmap”.

Now, it appears Crave has started to stream in 4K on Apple TV 4K, as a new category recently appeared titled, ‘Available in 4K’.

The change was spotted by iPhone in Canada reader Scott, and we were able to independently confirm, as seen in our screenshot below (you have to scroll down quite a bit from the main page to see it): 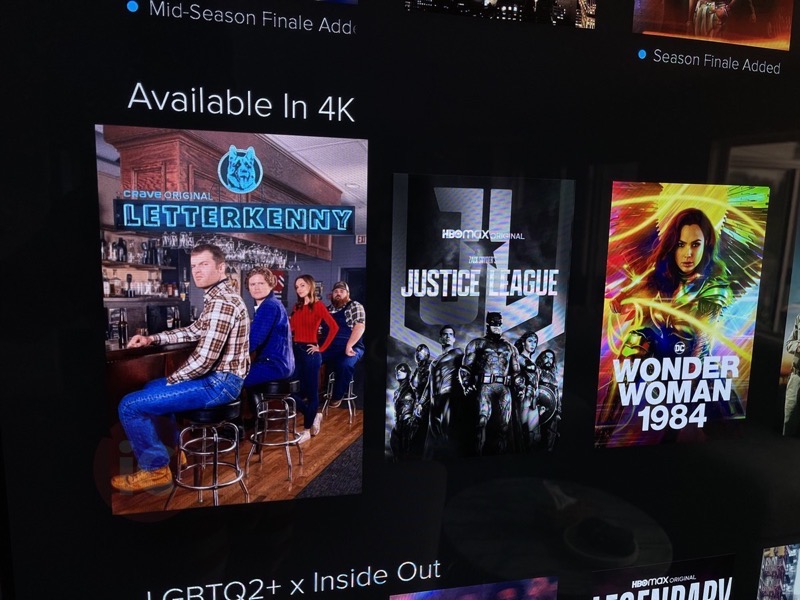 As you can see, the category shows titles available in 4K such as Letterkenny, Justice League, Wonder Woman 1984 and more.

We were unable to see the 4K streaming category on the web, iPhone or iPad (limited to 1080p), suggesting, for now, the higher quality video is only on Apple TV 4K first and second generation units.

We’ve reached out to Bell Media for clarification and will update this post accordingly when we hear back.

Update August 16, 2021: A Bell Media spokesperson confirmed to iPhone in Canada it soft-launched numerous 4K titles on the Crave app on Apple TV last Friday. “We are still working towards launching a more robust 4K collection on additional Crave platforms in the future,” added the spokesperson.

Further details will be announced when they are available

Have you tried this new ‘Available in 4K’ Crave streaming category on your Apple TV 4K?