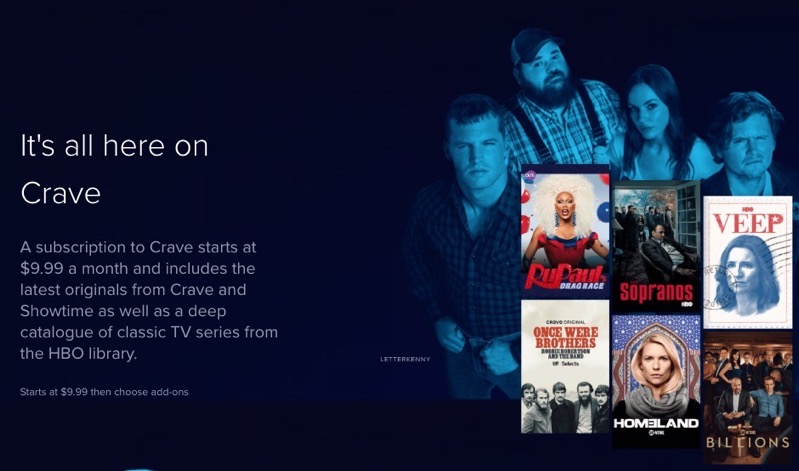 Back in November 2018, Bell Media rebranded CraveTV as Crave and also integrated HBO and The Movie Network content.

At the time, Bell Media said it was adding an option to implement 4K streaming “in the near future.”

Fast forward to May 2021, we decided to follow up with Bell Media on its plans for 4K streaming for Crave, 30 months later.

A Bell Media spokesperson told iPhone in Canada in an email there were no updates on its timing for 4K video on Crave, adding, “but it is on the roadmap.”

Major streaming platforms such as Netflix, Disney+, Amazon Prime Video and Apple TV+ all support 4K HDR video quality, so existing Crave customers are eagerly awaiting the adoption of 4K for the platform, especially now that 4K is pretty much the norm for television sets and streaming boxes.

During the height of the COVID-19 pandemic last year, Crave lowered streaming quality to 720p to lower internet bandwidth pressure, like other streaming services.

Are you waiting for Crave to debut 4K video streaming quality?

Click here to see what’s coming to Crave in June 2021.