If you like low prices, don’t mind contracts, and don’t really care for having the latest tech, then this deal from Bell may be for you.

Through their Family and Friends program, Bell is offering a “refreshed” iPhone 3G for $9.95 on a 3-year agreement with a minimum $50 per month smartphone plan. The promotion expires June 30, 2010.

For those wondering what the definition of “refreshed” is, Bell defines it as follows (emphasis added by yours truly):

Refreshed phones are phones returned to Bell in an unused or slightly used condition and that have passed rigorous Quality Assurance testing. Phones have been updated to current software and are verified to operate in accordance with their specifications. Some phones have minor cosmetic scratches that do not impact proper operation. Each phone carries a 90-day warranty from the date of purchase.

Before jumping into this, remember that Apple just announced a new iPhone, due July 2010. The iPhone 3G came out in July 2008 and the Bell offer is not for a new iPhone 3G either. 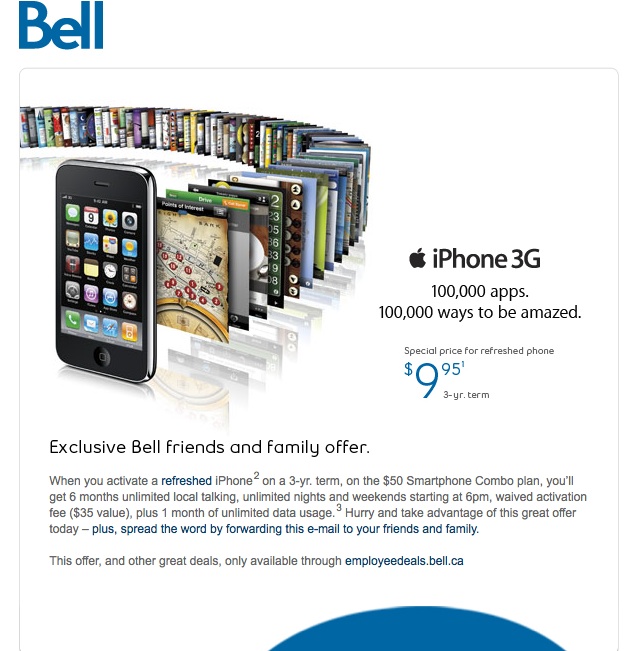 Telus is also offering “refreshed” iPhones at a low price, which they announced back at the end of March 2010.