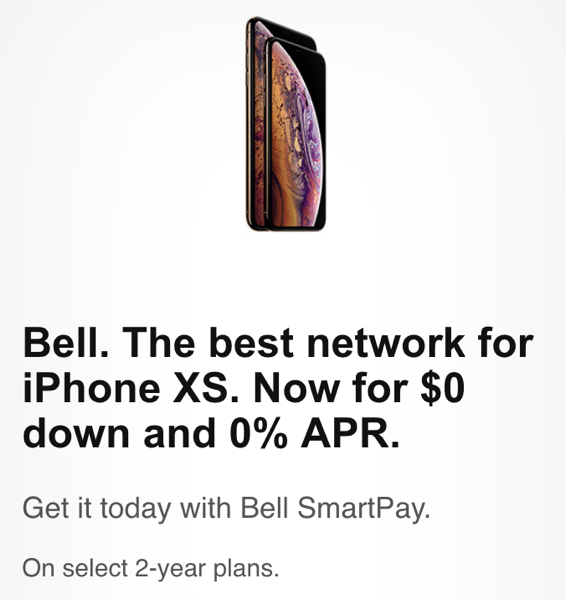 With Bell SmartPay, customers have four plans to choose from. The first two are no overage plans with non-shareable data. After data caps are exceeded data is throttled at 512 Kbps:

With Bell SmartPay, like similar device financing options from Rogers and Telus, customers will pay taxes up front.

It’s worth noting Bell has increased prices of data overages on its shareable data plans after 500MB of overages, now billed at $12/100MB. Bell is also charging $10 more for the 10GB no overage plan at $85 with SmartPay, whereas Telus and Rogers are not at $75/10GB.