Virgin Mobile has launched a new Silver Plan for customers in Quebec which offers unlimited nationwide talk, text and 1GB of data for $45 per month, matching a similar deal from Koodo launched in early September. These offers are in response to a similar plan being offered by regional carrier Videotron, but only has 500MB data.

For those with unlocked iPhones, you can bring your own device and get an extra 10% off, bringing the price down to $40.50 per month. Data overages are $10/GB. 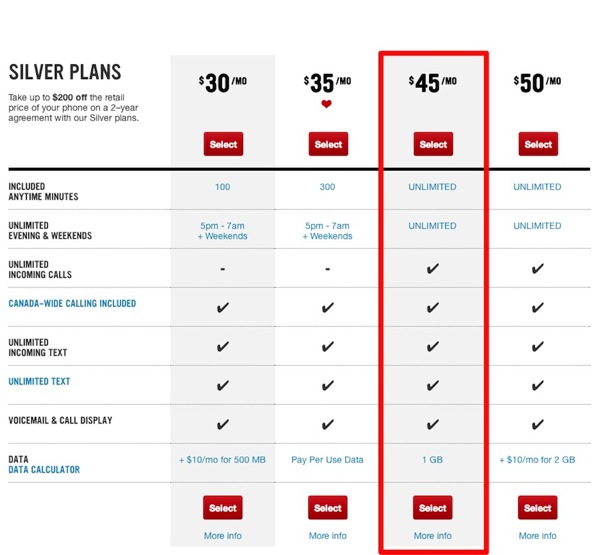 A comparable plan for those outside of Quebec, would require $65/month to get the same deal (Gold Plan, but with 2GB data). Get ready for Fido to match this shortly, right?