Virgin Mobile’s New ‘All in One 40 Plan’ Goes Live

Less than two weeks ago, Virgin Mobile announced its $50 and $65 smartphone plans for all existing and new postpaid customers and today, they have introduced a ” lovely newcomer” as they call it, the ‘All in One 40 Plan‘ (via MobileSyrup).

Starting from Thursday, August 23rd, all Virgin Mobile postpaid customers can shift to the new plan that costs $40/month and includes just about everything from Unlimited Texting to Call Display and Voicemail. 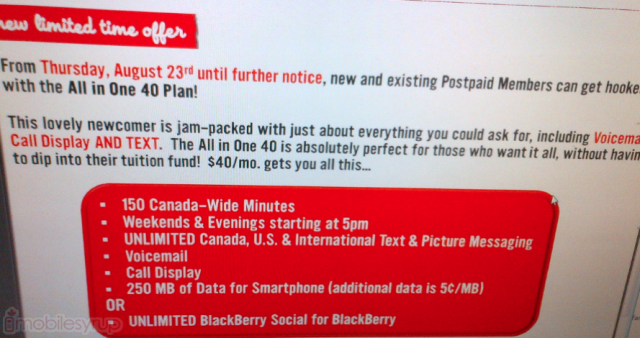 Here’s what it includes:

So, is this “jam packed” offer good enough for you?