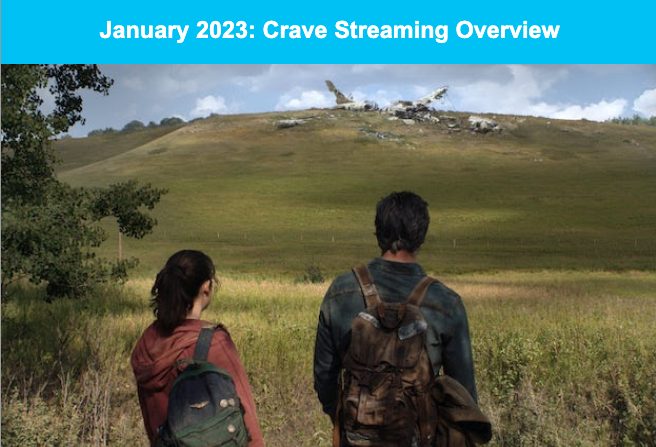 Bell Media has released its list of new TV shows and movies coming to its streaming service Crave in January 2023.

Highlights include the series premiere of The Last of Us on HBO and the movie premiere of Ambulance by director Michael Bay.

Check out the complete listings of what’s coming to HBO, HBO Max and Starz in January 2023 below: