Have you ever wondered how Canadian telcos are progressing with their 4G LTE network expansion compared to what they are keen to mention in their press releases? OpenSignal is here to answer that question with their periodical report on the state of LTE.

After analysing 17 billion measurements conducted by 500,687 OpenSignal 4G smartphone users between July 1 and September 30, both iOS and Android users in 78 countries, including Canada, the final conclusions are in, and OpenSignal has shared them with iPhone in Canada.

This time OpenSignal didn’t measure the geographical coverage of 4G networks, but availability. Canada ranked 17th with 75.42%, right below the United Arab Emirates, and above Estonia and China. In top spot we find South Korea with availability of 95.71%, followed by Japan with 92.03%. Lithuania ranked third with 84.73%. 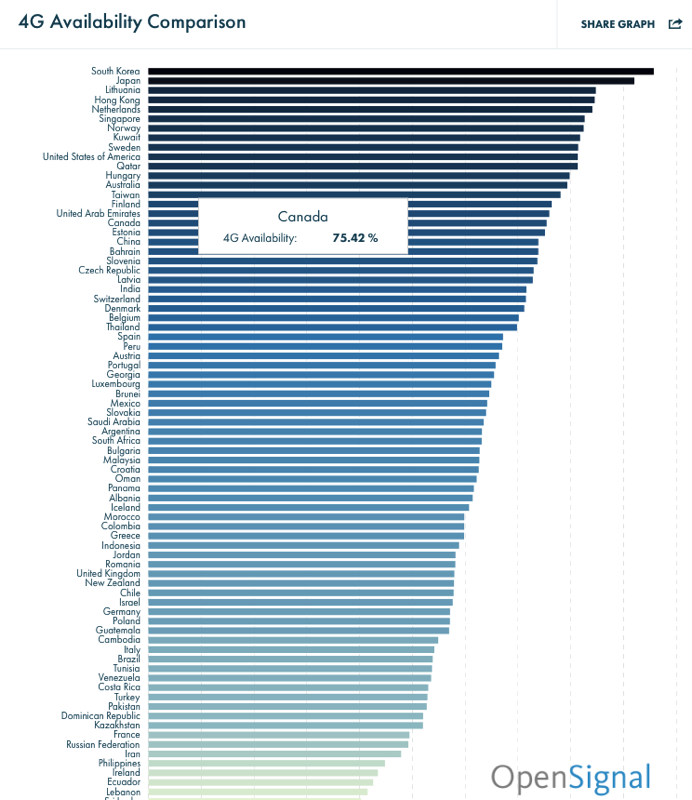 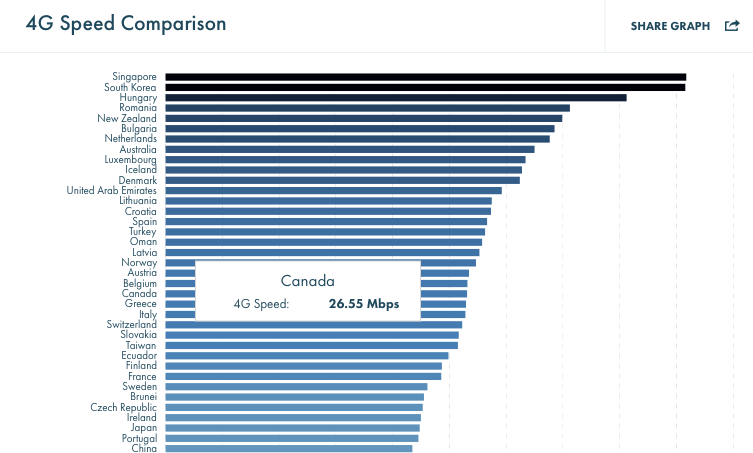 You can read the full OpenSignal report by following this link.