Last month the CBC revealed early stats from the CCTS 2013-2014 annual report, which was released today. The report says 11,340 complaints were received, which essentially is a 17 percent drop compared to a year ago. 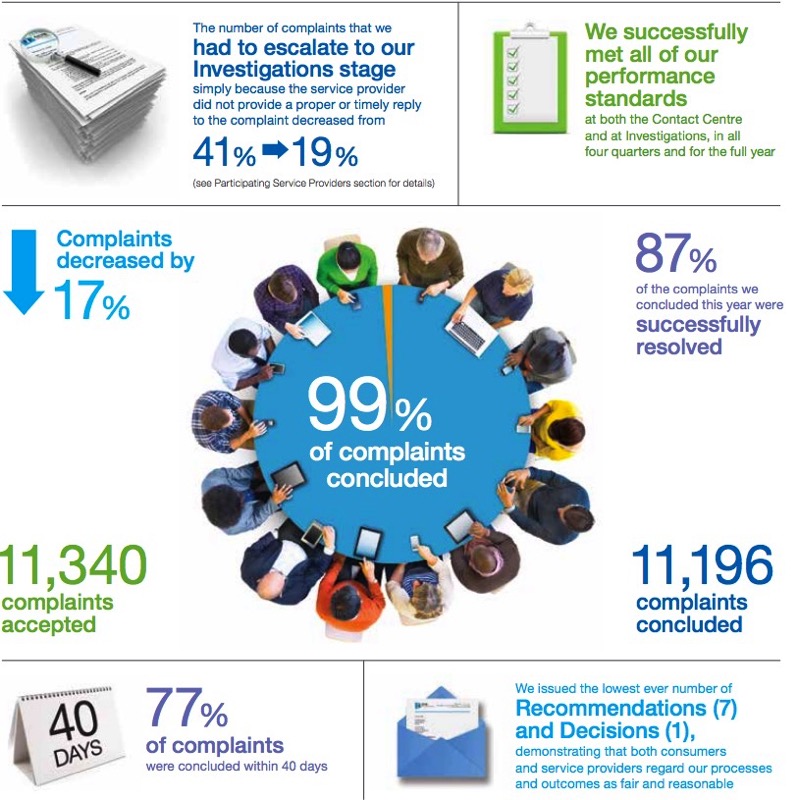 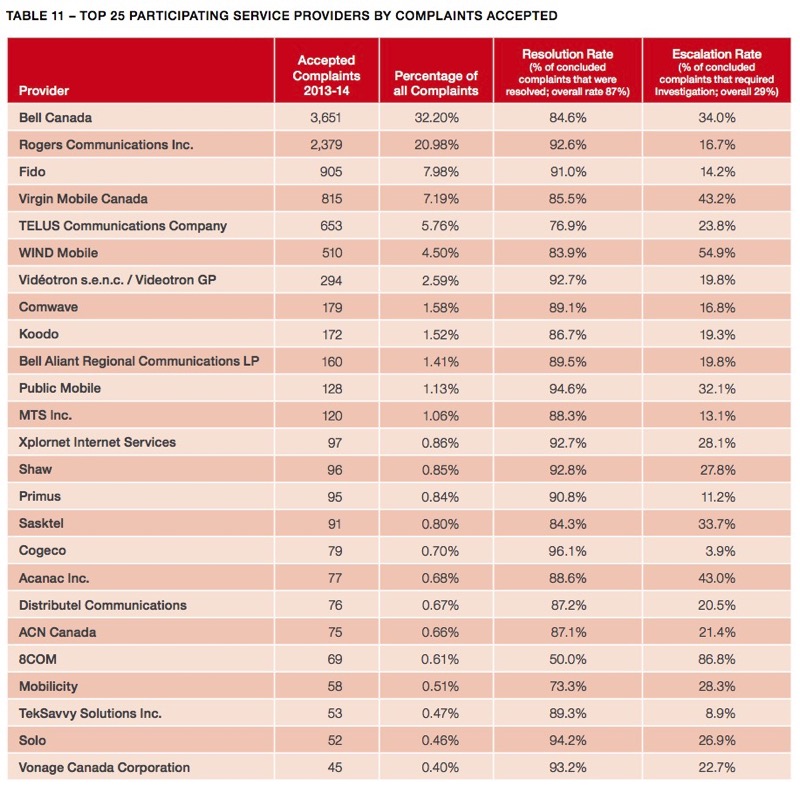 Of the total CCTS complaints received, almost 61% were related to wireless services and the top issue being billing errors. The number one wireless complaint issue was related to incorrect charges followed by “non-disclosure of terms / misleading information about terms.” 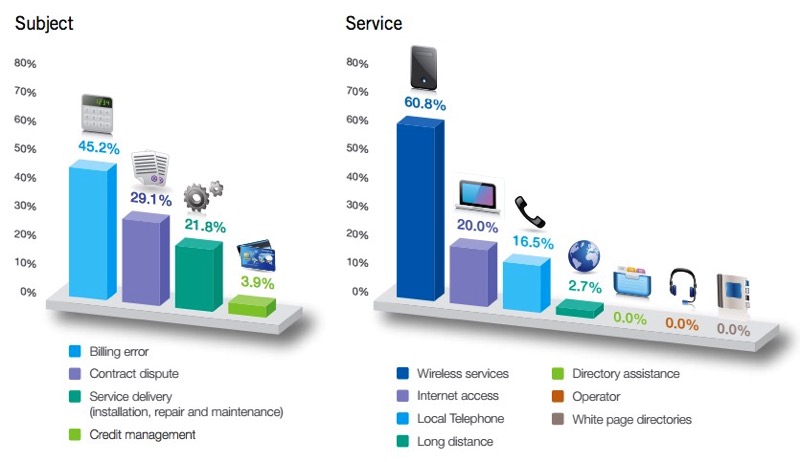 Below are profiles of Bell, Rogers and TELUS:

Telus has the least number of complaints out of the Big 3 for the third year in a row, despite now being the country’s second largest wireless provider with 7.9 million subscribers. The company reacted to the CCTS report and said in a statement “By embracing customer feedback and making real changes to meet their needs, TELUS has created customer loyalty that is amongst the highest for any telecommunications company around the globe.”

Definitely some kudos goes out to Telus for keeping their customers relatively happy, even when it comes to Koodo Mobile, which saw fewer complaints than WIND Mobile and Videotron.

Rogers recently hired a Google VP to help overhaul their customer service experience, which if successful, we should see that reflected in future CCTS annual reports.

As for the Big 3 sub-brands? Here’s how they fared:

…and here’s WIND Mobile and Videotron:

While this year wireless complaints saw a 17% decrease, the Public Interest Advocacy Centre (PIAC), a consumer advocate group, says the drop was due to the CRTC Wireless Code and not the wireless companies’ efforts.

The PIAC took a “careful reading” of the CCTS Annual report and said more than half of the reductions are due to three specific Wireless Code changes:

John Lawford, Executive Director and General Counsel of PIAC said in a statement “The Wireless Code put a cap on roaming and data overage fees, regulated and capped early cancellation fees, and outlawed the extra 30 day charge” and followed up with “The wireless carriers should not claim they are better actors – they were made to behave by the Code.”

Other concerns were the “disturbing increase” in complaints about “non disclosure/misleading terms”, situations where customers were not given complete and accurate information about plans, prices and service fees. The PIAC noted this is the second straight year over over 70% growth in this category of complaint, which now sits behind the leading category of billing errors.

Have you ever filed a wireless complaint with the CCTS? You can check out this year’s full report here.