Canada’s Commissioner for Complaints for Telecommunications Services (CCTS) has released its annual report and this year telecom complaints increased by 35%, with a majority of those related to wireless services topping the charts for the fourth consecutive year:

Commissioner Howard Maker had this to say:

“Nearly 11 thousand consumer complaints were filed with us. That represents an increase of 35 per cent over last year,”

“This year 60 per cent of the issues raised in complaints came from wireless service users. Of all the complaints we received, most were related to billing errors or contract disputes.” 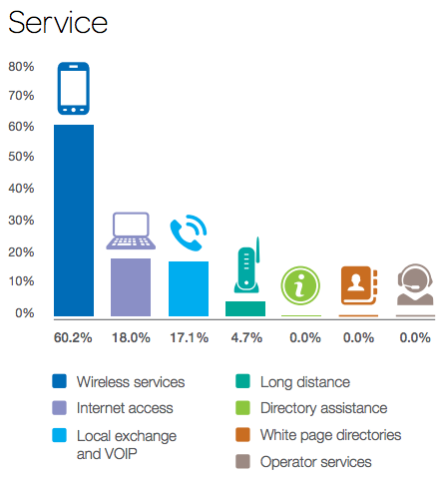 More than half of the complaints were related to billing errors, with popular types of errors regarding monthly plans charges, cancellation notices and premium text messaging charges.

Looking at Canada’s major carriers, below is the breakdown of total wireless complaints held by Rogers, TELUS and Bell (and their ‘low cost’ carrier subsidiaries) we put together from the report for easier viewing.

Of course, it’s all relative to the number of subscribers held by each company, right? But complaints are still complaints nonetheless (last year, Bell had the most complaints followed by TELUS and Rogers): 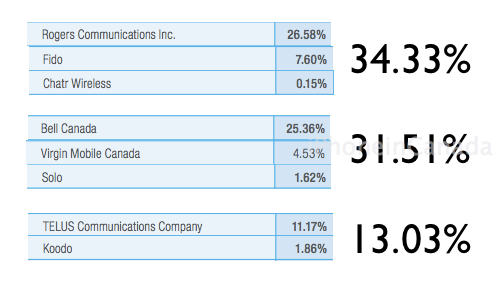 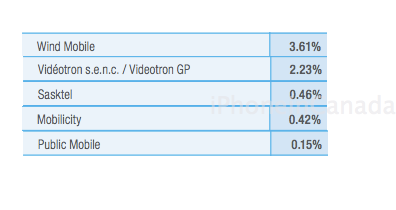 Below are the complaints by province with Ontario and Quebec leading the way followed by BC and Alberta: 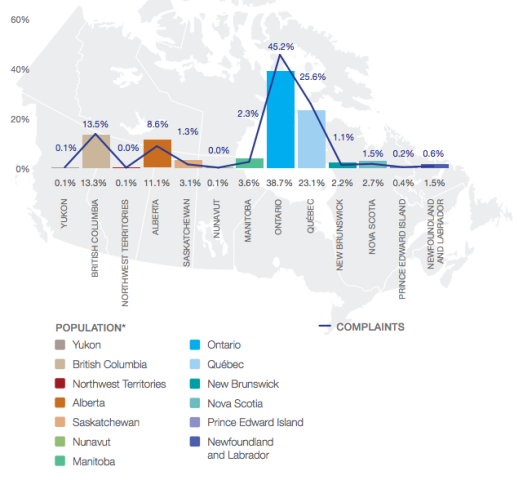 The CCTS is an independent agency funded by the telecom industry created by the CRTC in 2007 to deal with complaints between consumers and telecom companies. You can check out last year’s report here.

What are some of your wireless complaints related to?