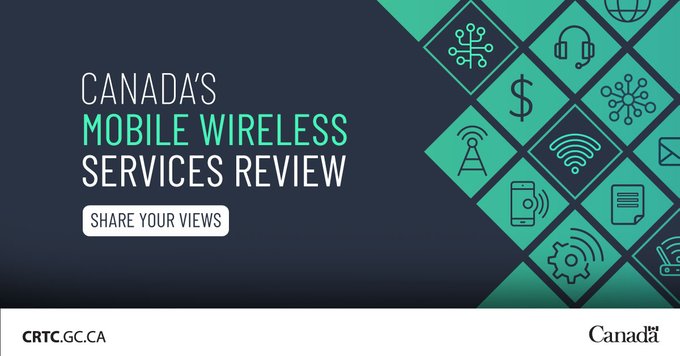 Last month, the Canadian Radio-television and Telecommunications Commission (CRTC) launched an online survey asking Canadians to share their insights on the state of wireless services in Canada.

Fast forward one month later, and the CRTC says over 28,000 Canadians filled out its questionnaire.

“Thanks to the 28,000+ Canadians who filled out the survey on the state of the #mobile #wireless market in Canada!”, said the CRTC.

“In addition to the online questionnaire, a separate telephone survey representative of the Canadian population was conducted to understand the views of Canadians,” added the Commission.

What’s the point of the online survey? “The survey results will help us better understand the state of the mobile wireless services in Canada. A report will be added to the public record in time for the February 2020 hearing. Stay tuned!”

It’s not exactly rocket science when it comes to figuring the state of wireless services in Canada. A few incumbents have the biggest wireless networks and also have the majority of wireless users.

The re-elected Trudeau government says its plans to reduce wireless prices by 25%, part of its re-election promise. There’s no word on how the government will achieve these lower costs for Canadians, yet.

The Canadian government on Wednesday announced the results of a residual spectrum auction that concluded on January 17. Residual spectrum auctions are a way for Innovation, Science and Economic Development Canada to sell licences that weren't sold in previous auctions or were returned. Ottawa held an auction for the 3,800 MHz bands in June 2022,...
Nehal Malik
22 hours ago