Yesterday, Koodo launched a $55/9GB BYOD plan in Quebec and as of today, fellow rivals Fido and Virgin Mobile have matched this plan with their own offering.

The plans offer unlimited Canada-wide calling, unlimited global SMS/MMS, to go with the usual extras of call waiting, voicemail and more. Data overages are billed at $10/100MB or $100/1GB. 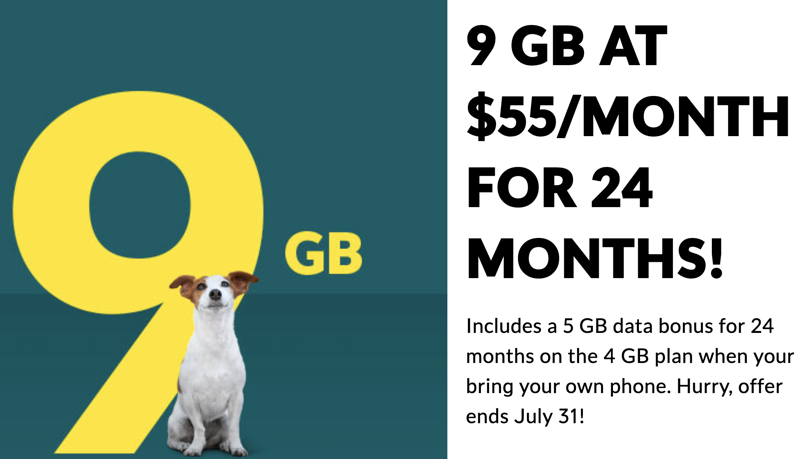 As for Virgin, the website does not mention the bonus data for 24 months only.

Other plans also available from Fido, Virgin and Koodo include:

Expect Koodo to update their $65 plan to include 16GB shortly. The $65/16GB plan is a competitive response to Quebec wireless carrier, Videotron, which launched a $65/16GB BYOD plan last week (also available in the Ottawa region).