Beta testers were asked to try the service for three months, in exchange for heavily discounted plans, priced from $1 to $8 per month.

As for regular Fizz Mobile pricing, plans with unlimited Canada-wide calling, texting, voicemail and call display, and other usual extras start at $35 for 1GB of data, all the way up to $56 for 8GB. 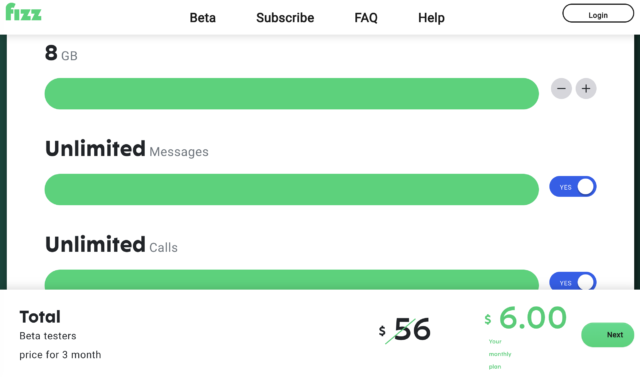 According to Reddit, the Fizz Mobile beta is now open to the province of Quebec and those in the Greater Ottawa Region, instead of a closed beta system based on invites.

Beta pricing is pretty cheap, offering plans like $6 per month for a plan with 10GB of data, unlimited Canada-wide calling and unlimited text. You will be required to port your existing number over to Fizz Mobile.

If you’ve been meaning to give Fizz Mobile a try you click here to sign up for the beta, if you’re in Quebec or the Ottawa region. Do note it is beta, so you may want to sign up under a secondary line instead of your primary number.

SaskTel has today announced the expansion of its 5G wireless network to a number of communities in rural Saskatchewan, including the Town of Davidson and the Nekaneet First Nation. SaskTel 5G is now available in the following rural communities of Saskatchewan: Baildon Craik Davidson Ituna Turtleford Nekaneet First Nation “Our government recognizes how important wireless connectivity has...
Usman Qureshi
8 hours ago

Shaw Communications on Tuesday announced consolidated financial and operating results for its fiscal quarter and year ended August 31, 2022. The company reported consolidated revenue of $1.36 billion for the quarter, down 1.5% year-over-year. This includes $325 million in earnings from the Wireless segment as a whole, up 1.2%. Adjusted EBITDA for the period dropped...
Nehal Malik
11 hours ago