The flanker brands from Rogers, Telus and Bell are offering up some Lunar New Year promos, which appear to be better in-store, than those currently advertised online.

Koodo plans are eligible for Small or Medium tab. 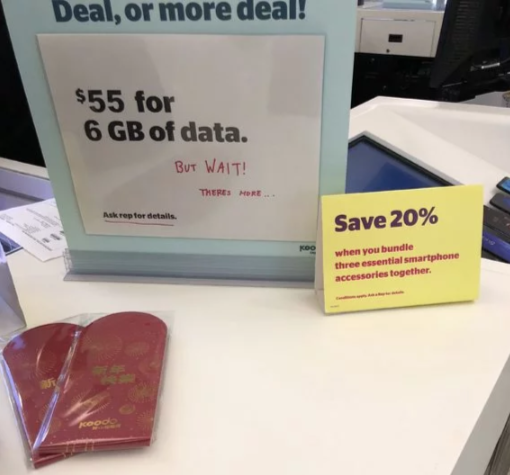 According to a ‘Thatdealguy’ on RFD, these prices were spotted at Richmond Centre in B.C., seen in-store at a Best Buy Mobile location. Give your local store a call and find out what they are able to offer.

Currently, these prices are better than what’s being advertised online, with deals showing $58/5GB from all three flanker brands. The extra discount looks to be a move to nab mall traffic and encourage customers to visit dealers for sweeter deals.