Apple’s iPhone 7 and iPhone 7 Plus launch appears to be more popular than expected, despite not having a brand-new design and 3.5mm headphone jack. The company stated before last week’s launch iPhone 7 Plus and Jet Black inventory was pretty much limited or sold out (some Apple Stores don’t even have Jet Black on display yet). 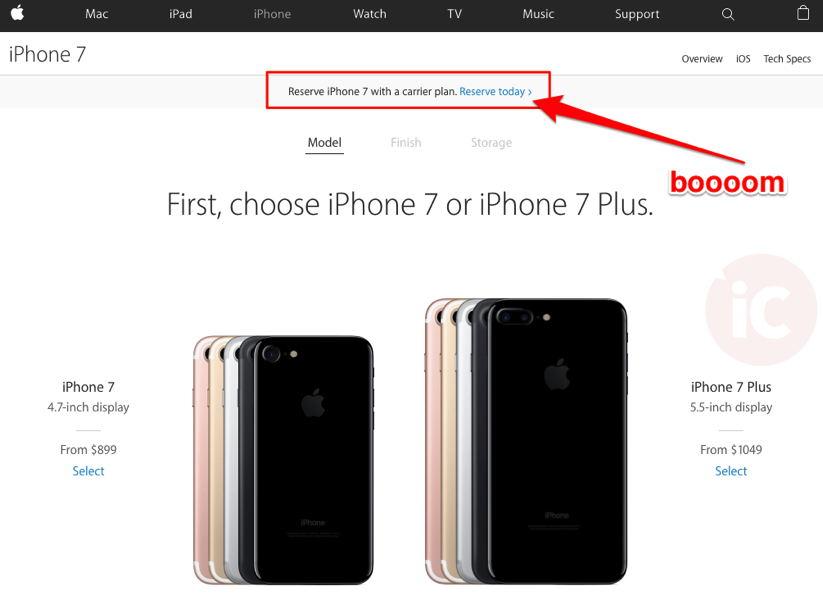 The lack of iPhone 7 launch stock has again affected our ‘Big 3’ wireless carriers, namely Rogers, TELUS and  Bell. Customers who braved the reservations systems of these companies took a gamble and based on your comments, there has been a real lack of inventory and updates.

Barclays Capital Inc. analyst Phillip Huang released a note yesterday (via The Financial Post), to explain the lack of iPhone 7 inventory could result in lower margins for the ‘Big 3’, mainly through the added costs of retaining customers:

“Despite limited supply of the new iPhones, the carriers are capitalizing on the increased traffic to their stores with deeply discounted older iPhone models to ensure customers do not walk out empty-handed.”

Huang says as Rogers, TELUS and Bell spend more on hardware and absorb discounts offered to customers, it will affect growth in earnings EBITDA (earnings before interest, tax, depreciation and amortization).

Carriers have discounted older models such as the iPhone 6s, and these previous generation models are believed to drive most sales next quarter, explains the analyst, since consumers can’t get their hands on the latest iPhone 7.

“We believe very limited pre-order supply was allocated to the Canadian carriers this year, partly due to the strong demand in the U.S.,” said Huang.

Carriers such as TELUS and Bell are offering the 16GB iPhone 6s for $0 on a two-year term, if customers opt for a $90 per month plan. Rogers has the entry 32GB iPhone 6s for $69 on contract, depending on your monthly plan.

If you’re still waiting for your iPhone 7 from the ‘Big 3’, your best bet is to try Apple’s Reserve & Pick Up system, if you have an Apple Store in your area. You’ll get a phone much faster this way and Apple Stores can help you setup your contract with your carrier.

Did you pre-order an iPhone 7 or iPhone 7 Plus from Rogers, TELUS or Bell? Did you get it yet?