Carriers have continued to move voice and data plans to two-year terms, to prepare for the upcoming CRTC Wireless Code set to take place this winter. MTS, which earlier announced the launch of 4G LTE in Steinbach, has also changed its iPhone 5 terms to two years, with a minimum voice and data plan of $48.50. 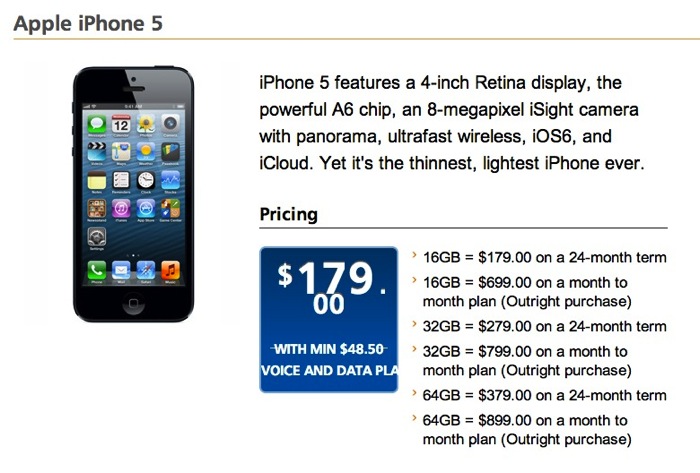 Students could jump on the $50 per month student plan which includes 1GB data, 1000 weekday minutes, unlimited evenings/weekends at 6PM, unlimited SMS/MMS and long distance within Manitoba to meet the minimum plan. A non-student plan is $5 more per month.

With Apple set to announce their latest iPhone on September 10, expect price drops on the iPhone 5 similar to what the iPhone 4S retails for now, $99 on two year terms.