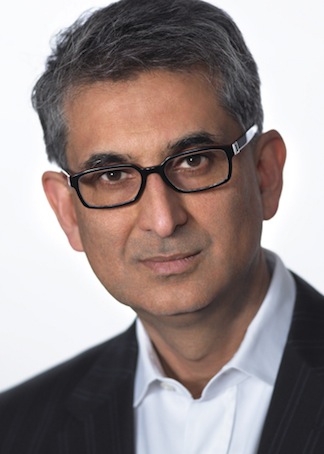 After leading Canada’s No. 1 wireless carrier for 13 years, the current CEO, Nadir Mohamed, is retiring today. He will be replaced by Guy Laurence, a 52-year-old British telecom executive, reports the Globe and Mail.

Nadir Mohamed joined the Rogers family back in 2000 and was named CEO shortly after Ted Rogers’s death on Dec. 2, 2008. Since then, the carrier has had its share of challenges, but it managed to stay on top of the wireless market, with Mohamed’s latest deal being the recently closed Rogers-NHL $5.2 billion agreement.

“It’s hard to believe thirteen years have passed and I’ll be retiring from Rogers this weekend. As I reflect on my time here, I can honestly say I’ve loved every minute of it,” Mohamed said in a release.

“Together we have accomplished many great things and I will take so many incredible memories with me. I leave knowing we are in great shape and the future is bright.”

But recent reports show that Rogers is losing ground, as it has lost some of its wireless market share, so every eye will be on Guy Laurence from now on, who has earned the reputation of a shakeup specialist as IDC Europe’s vice president of mobility, John Delaney points out.

As the latest reports have highlighted, the number of consumer complaints has been on the rise at Rogers. And Laurence seems to be just the right guy to solve this, as he handled similar situations with professionalism while working at Vodafone UK.

“Guy’s reputation is kind of as a shakeup specialist,” says Mr. Delaney, who has met Mr. Laurence and visited Vodafone’s office numerous times. “If someone needs being taken by the scruff of the neck a little bit, Guy was your man.”

With Nadir Mohamed retiring, another era ends at Rogers. It remains to be seen whether Guy Laurence will manage to stop the carrier from losing its top position and continue the “Ted factor.”