It may feel like deja vu, but Rogers, Telus and Bell have again launched ‘promo’ $85/20GB unlimited data plans for bring your own device, leading into this weekend. All three carriers had the same ‘promo’ last week.

These plans include unlimited Canada-wide calling and text messages and offer no data overages, as once allotted data is consumed, speeds are throttled to 512 Kbps. The plans normally are priced at $95 per month, so the ‘savings’ are at $10 per month.

The $85/20GB plan from Rogers and Telus offer shareable data with other devices, while the plan from Bell does not. 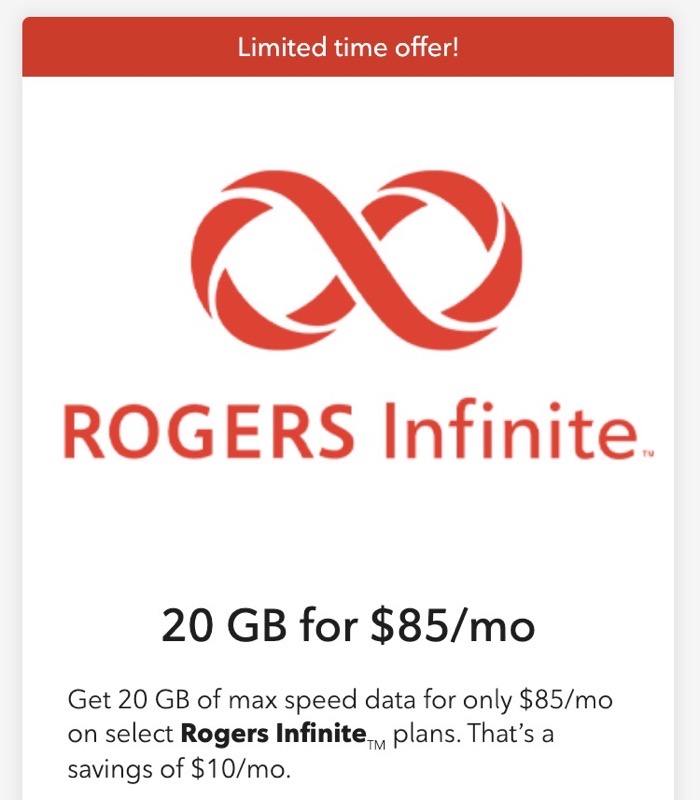 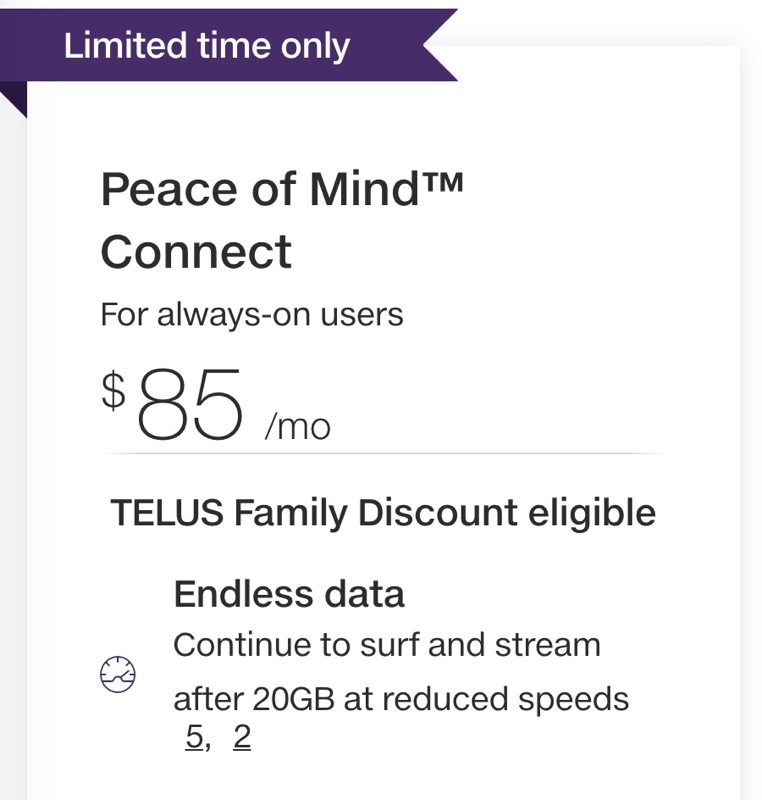 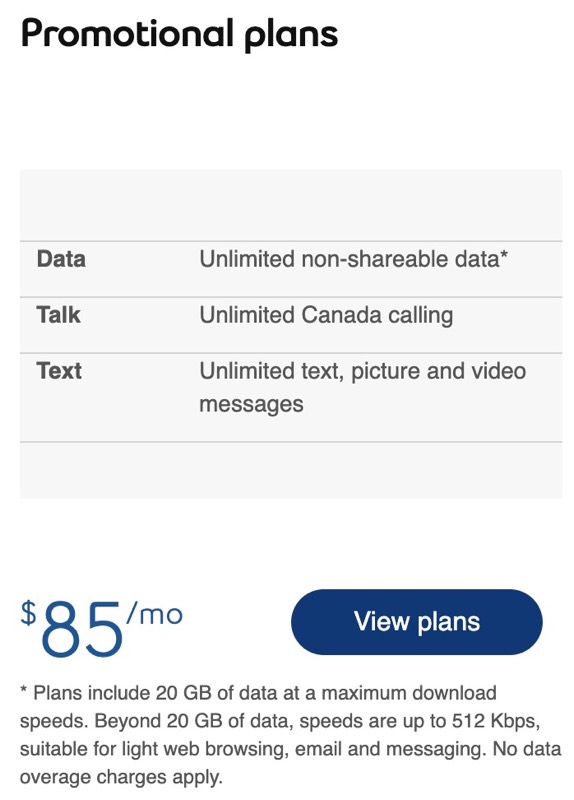 There doesn’t appear to be an expiry date posted for these plans, but most likely they will be available for the weekend. If they do ‘expire’, maybe they’ll be brought back to life in another week?

This week, Bell testified at the CRTC’s public hearing on wireless services, while Telus spoke yesterday (threatening to cut investments and jobs if MVNOs are mandated). Rogers will speak next week at the public hearing.