Rogers, Telus and Bell to Debut Lower-Cost Data-Only Wireless Plans in Next 90 Days

The CRTC has announced Rogers, Telus and Bell “have committed to offer a broad range of lower-cost data-only mobile wireless plans to Canadians within the next 90 days.” 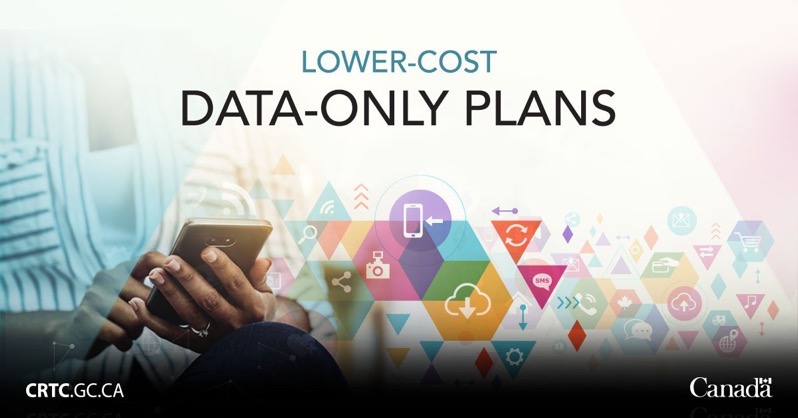 Back in the summer, public proceedings were held discuss carrier proposals for these ‘lower-cost’, data-only wireless plans.

Some Canadians providing comments to the CRTC regarding these proposals slammed them as a ‘joke’, citing them as unreasonable offerings.

“It’s embarrassing and quite frankly it’s rude to think that these are functional plans,” said Laura Tribe, from non-profit Open Media, at the time.

The ‘Big 3’ defended their proposals at the 2018 Canadian Telecom Summit, with one Telus executive saying, “For less than a cup of coffee a day, you get 600MB. I don’t think that’s worthy of the derision we have faced.”

According to the CRTC, new plans will range from $15 for 250MB to $30 for 1GB of monthly data, with various prepaid and postpaid data options on 3G and LTE.

Back in July, Shaw’s Freedom Mobile launched lower-cost, data-only wireless plans, starting at $15/250MB and up to $25/1GB.

Ian Scott, Chairperson and CEO of the CRTC, said in a statement, “Canadians deserve to have access to a wide range of mobile wireless plans in the market. While the new lower-cost data-only plans represent a step in the right direction and provide more choice for Canadians, we remain concerned by the overall condition of the market. To this end, the review we will launch next year will look at the state of mobile wireless competition more broadly.”

As for Rogers, Telus and Bell, the CRTC says they are required to report back every six months, with details regarding these new lower-cost, data-only wireless plans, including data such as “demand and marketing efforts.”