With Canada’s population of 36 million, is it possible to have multiple wireless carriers which can make a profit? According to Rogers vice chairman, Phil Lind, he believes Canada’s small population and vast geography makes it unsustainable to have four to five carriers in the country. 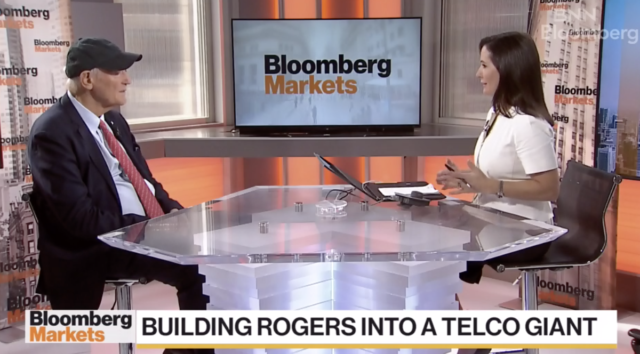 In an interview with BNN Bloomberg’s Amanda Lang on Tuesday, Lind said “We’re going to have to consolidate here,” adding “It’s inevitable.”

According to Lind, he says data growth in Canada is doubling every year and “that kind of growth is impossible to sustain.”

When asked by Lang if he sees more consolidation ahead for Canadian telcos, Lind explained wireless is a scale business and cited how even the U.S.—with their two great and two weak carriers—can’t make it happen.

“So how can we, in this country, with one-tenth of the population, make four or five carriers work in Canada?” answered Lind, opposing the goal of policymakers wanting to increase wireless competition.

“You want the cheapest and you want the best…it’s hard to do,” says Lind.

When asked about current CRTC chairman Ian Scott (a former Telus VP), Lind said he was “very encouraged” by latter “because he’s from the industry” and said he was “a lot better” than the previous chairman. He did not name Jean-Pierre Blais, who during his role as CRTC chairman, did not mince words when it came to speaking about telcos.

When pressed by Lang about telcos under the hot seat at recent CRTC hearings over sales practices, Lind said he doesn’t believe they’re true, but did say “it does happen” and “some of them are pretty scary.” Rogers is “doing our best to calm that down and make sure customers are treated fairly and know what they’re getting.”

The Rogers vice chairman also said he believes the NHL content deal was the right choice, saying success only comes when Canadian teams make the playoffs.

As a Rogers veteran of almost 50 years, Lind worked closely with the late company founder, Ted Rogers, who he described as “relentless.” The Rogers vice chairman was on BNN promoting his upcoming memoir, which chronicles his role as the “right hand man” of the company’s founder.

Yesterday, Telus and Koodo announced they were waiving long distance and roaming charges to Turkey and Syria, following two devastating earthquakes affecting both countries. Today, Rogers/Fido and Bell/Virgin Plus followed suit, announcing they were waiving long distance calls and texts sent from Canada to Turkey and Syria. But these two carriers will not be waiving […]
Gary Ng
7 hours ago