In the early morning, Fido’s pre-orders went live at around 12:30AM PDT/3:30AM EDT, before their stated time of 6-7AM EDT, catching some by surprise. So if you got in early, consider yourself lucky, depending on how much stock is available.

Anyways, Fido has officially listed their iPhone 6 prices on their website—check them out below: 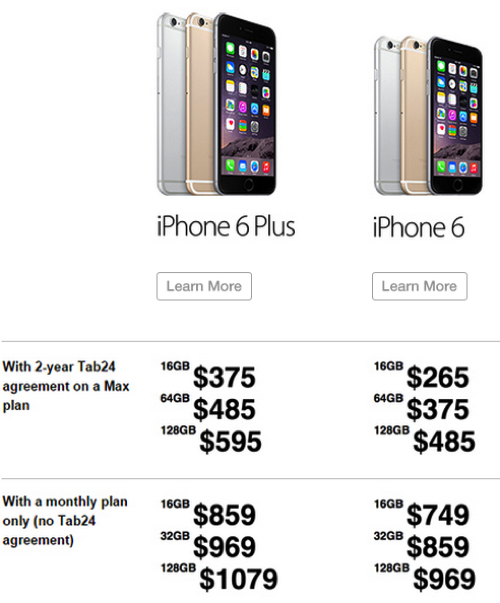 Two year contract pricing for an entry 16GB iPhone 6 is $265, which is higher than last year’s iPhone 5s which was at $229. Consider it the evolution of iPhone and carrier pricing, over two year terms. These prices definitely push many towards buying unlocked and directly from Apple to keep their existing plans and to save in the long run.

You can try reserving your Fido order here. I would still suggest getting your name on a pre-order list at Future Shop or Best Buy, or some other smaller dealer.

Rogers’ proposed $26 billion takeover of Shaw Communications, if successful, could deliver a $216 million payday to 12 hedge funds that bet on it — reports Reuters. The controversial and heavily contested merger has a January 31 deadline. With the Federal Court of Appeal rejecting the Competition Bureau’s appeal of the merger on Tuesday, Rogers and...
Nehal Malik
2 hours ago