Fido Launches in the Maritimes with $29/Month Talk, Text and Data Plan

Today Fido has officially launched in the Maritimes (after announcing it would do so at the end of May) and to celebrate the company has launched a new $29 per month promo plan for customers in Nova Scotia and New Brunswick.

Here’s what it offers for new activations (essentially the $39 Smart Plan): 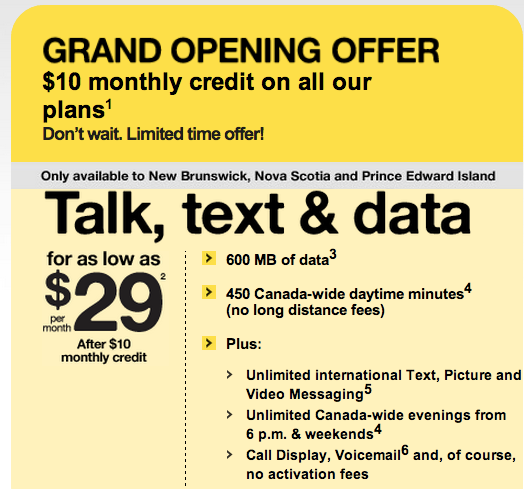 Brand new Fido kiosks can be found in the following retail locations:

This summer, additional kiosks will be launching in Dartmouth, Nova Scotia and 20 additional third-party locations. Fido also kicked off its launch today by donating $100,000 to local SPCAs in the region. Let us know if you will be signing up to any Fido plans.