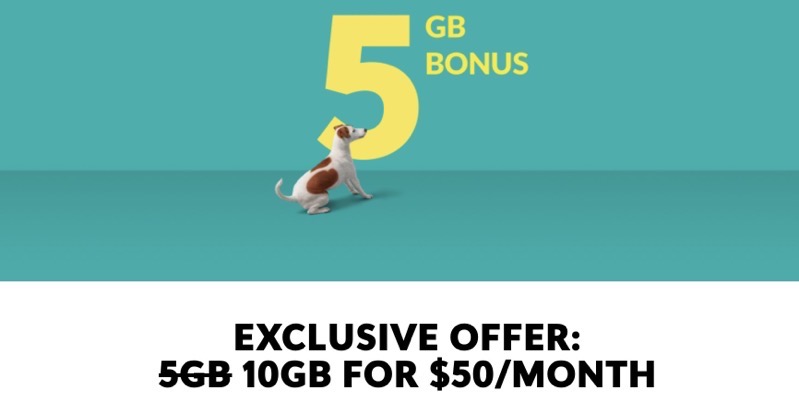 Yesterday we shared how Bell’s Virgin Mobile was offering a promo $50/10GB plan, and now we’re seeing Fido match that offer with its own.

According to the Rogers flanker brand’s website, it says “For a limited time only, enjoy 5GB of bonus data on select plans including the $50/month 5GB plan! Available for new customers only,” explains Fido.

The 5GB Fido bonus shows up when you add the $50/month plan to your cart online.

These plans come with unlimited nationwide calling and texts, along with the usual extras like caller ID and voicemail.

As of writing, Telus’ flanker brand Koodo Mobile has still yet to match this $50/10GB promo, but that most likely will change shortly.