Fido has launched some bring your own device (BYOD) promo plans for Quebec only, which are pretty decent, as the top plan offered is better than last holiday’s $60/10GB promo plan.

Here’s what’s available for BYOD customers in Quebec can get, with unlimited Canada-wide calling and texting: 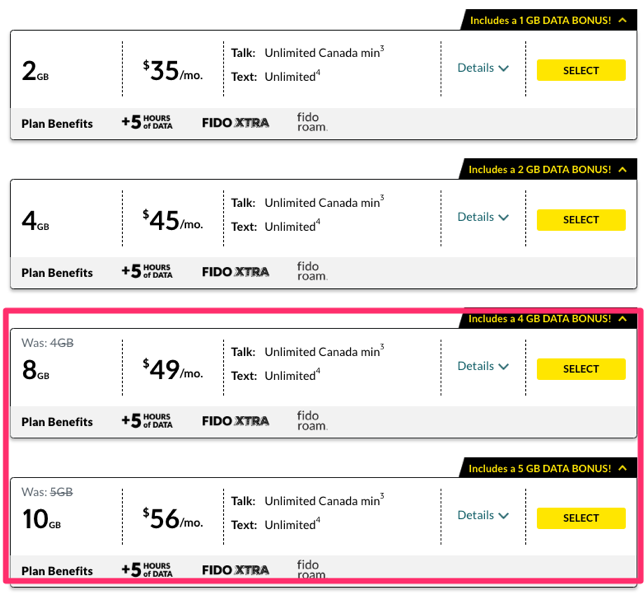 Both plans include the usual extras like call display, voicemail, etc., while data overages are billed at $10/100MB, or $100/1GB.

This Fido deal looks to be a response to better Videotron in Quebec, which is offering a 5GB data bonus on all Premium and Premium Plus plans, resulting in $58.95/9GB and $63.95/10GB plans, for example. 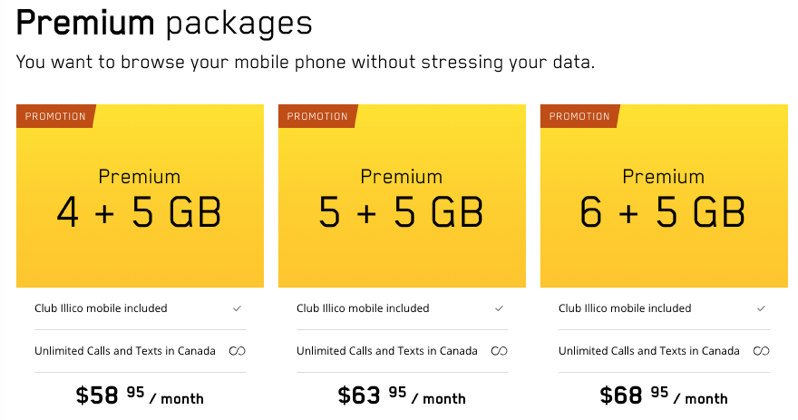 As of writing, rival flanker brands Koodo and Virgin Mobile have not matched these just yet, but you can bet they will.

After Koodo launched a $45/50GB promo plan for Black Friday today, Rogers-owned Fido has now matched this offer. That’s according to reliable mobile insider ‘Thatdealguy’ on RFD, who noted the matching offer from Fido also is eligible for additional gift cards and rewards points bonuses at retailers such as Walmart, Best Buy, The Mobile Shop […]
IIC Deals
27 mins ago

Rogers's President of Integration, Dean Prevost, accidentally revealed during a Competition Tribunal hearing against Canada's Competition Bureau on Thursday that he is set to receive a $2 million bonus if the company's proposed $26 billion acquisition of Shaw Communications goes through — reports the Hanna Herald. This figure had previously been confidential but slipped out...
Nehal Malik
19 hours ago

Image via RFD user ‘h2o-‘ Rogers-owned Fido is offering up an in-store Black Friday and Cyber Monday deal for 2022, in the form of a $30GB plan with 20GB of data for new customers. This plan is supposed to debut on Friday, November 25, but some stores have started to offer it early. This plan […]
Gary Ng
20 hours ago