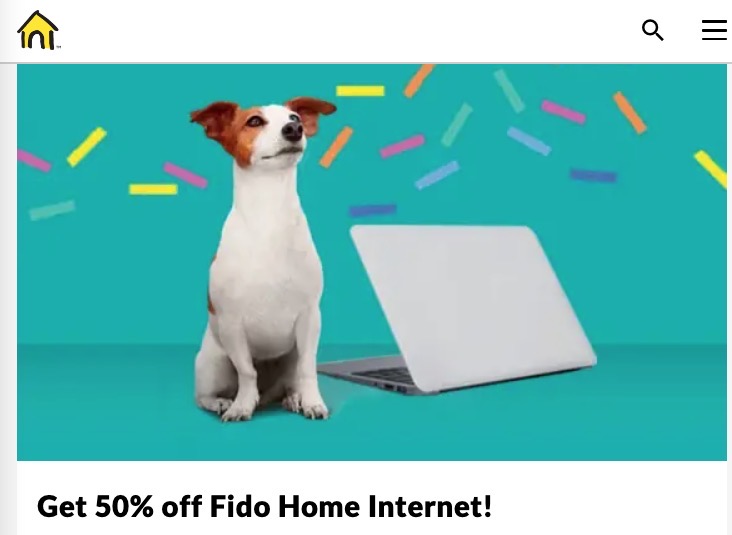 Rogers-owned Fido has launched a promotion offering 50% off its home internet plans for new customers in Ontario.

“Get 50% off Fido Home Internet!”, says the Fido website. “Sign up for 75u or 150u and save 50% off your service for 12 [months],” explains the promotion, which is only available for new customers.

Here’s what you can get right now:

Fido will credit you half the regular cost for 12 months. The website also states, “Prices may increase during subscription.”

Rogers-owned Fido is offering a new Black Friday plan only in Quebec, available from Best Buy. According to RFD users, the Best Buy locations in Rosemarie and Vaudreuil are offering up a $25 plan with 15GB data for bring your own phone customers. This plan is actually the $45/15GB plan in Quebec with $20 credit […]
IIC Deals
4 hours ago

After Koodo launched a $45/50GB promo plan for Black Friday today, Rogers-owned Fido has now matched this offer. That’s according to reliable mobile insider ‘Thatdealguy’ on RFD, who noted the matching offer from Fido also is eligible for additional gift cards and rewards points bonuses at retailers such as Walmart, Best Buy, The Mobile Shop […]
IIC Deals
9 hours ago