Fido appears to be texting customers today with exclusive offers, available to be redeemed within My Account details online.

According to RFD users, a variety of Fido BYOD plans have been offered to customers, including the following: 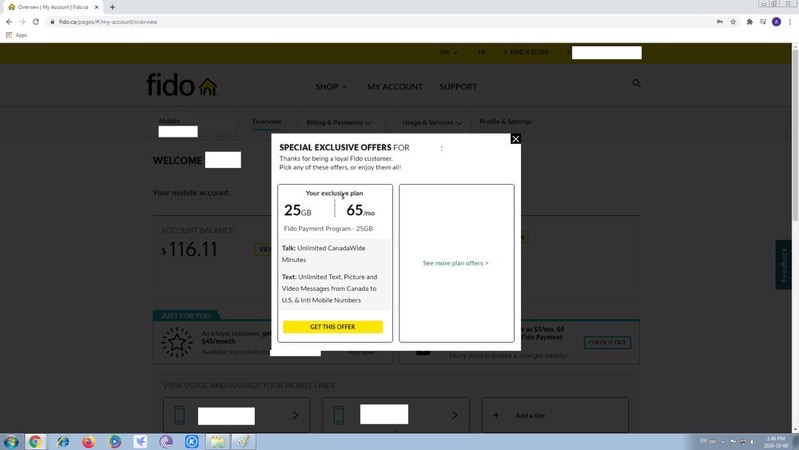 These “special exclusive offers” are available when you log into Fido My Account online. The offers mention, “thanks for being a loyal Fido customer. Pick any of these offers, or enjoy them all!”.

Most Fido customers noted the plans offered are higher-priced versus their existing plan, but also with more data. Many also noted they weren’t using mobile data as often due to COVID-19 and working from home. By pushing customers to a higher monthly spend, these Fido offers will help parent company Rogers achieve more favourable metrics for quarterly earnings.

Fido recently has been offering $45/25GB ‘winback’ offers to customers who departed to Shaw Mobile or Freedom Mobile. With Black Friday upcoming, we may see more wireless deals coming our way.