Fido has announced “Thursday really is the new Friday”, as a new program called Fido XTRA is rolling out, set to offer free weekly perks to postpaid mobile and internet customers (prepaid, corporate customers excluded). The company says it is collaborating with companies across Canada to bring weekly deals and giveaways from top brands related to food, drinks, clothing, entertainment and more. 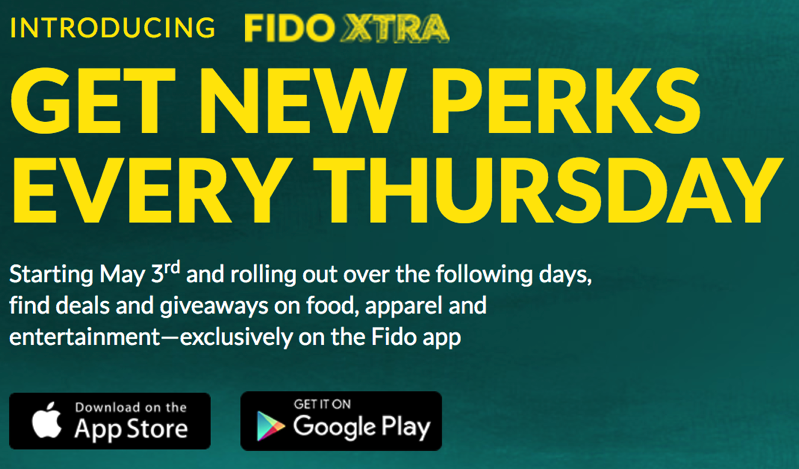 The Fido My Account mobile app is where customers will access these perks, offering “significant discounts” from brands such as Adidas, Foodora and The Body Shop. A Fido XTRA banner within the Fido app is where eligible customers need to click to access the weekly promos.

According to Fido, a partnership with BIXI Montreal will offer free two-way rides every Thursday from 6PM to midnight, starting this summer.

“At Fido, we’re all about connecting our customers to the things and people they love,” said Nancy Audette, Vice President, Fido Wireless, in an statement to iPhone in Canada. “We know our customers really value the little practical things that brighten their week and with the launch of Fido XTRA, we’re giving them something extra every Thursday on top of the other great services they already enjoy like Fido Roam and five extra hours of data every month. There’s never been a better time to be with Fido.”

Some of the perks in the app will be provided by Perkopolis, which according to Fido is the largest provider of discount and benefit programs in Canada.

The wireless carrier also polled millennials in Canada to see “how excited” they would be to get a free weekly perk from their cellphone carrier. Data showed that:

An update was released for Fido My Account for iOS this morning, version 3.2, which brings access for Fido XTRA. Let us know if you’ll be jumping on these new weekly perks.