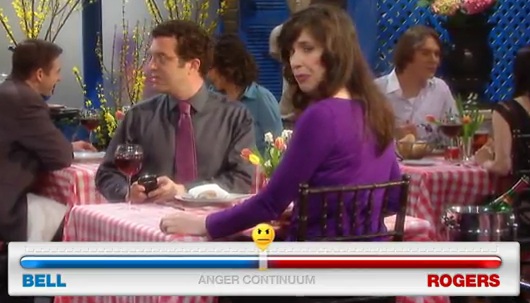 The Rick Mercer Report has some of the funniest spoofs, and the latest one is just pure gold. It involves our favourite wireless carriers, Rogers and Bell as part of the new dating service called ‘Conglomermate‘. I’m not going to say anything more–just watch the video below:

Previously, we’ve seen the RMR break down the ‘iPhone versus BlackBerry’ debate, which is by far one of my favourite videos (“I can get email on this thing! Send–and receive!”). Well played, Rick–but what about Telus?

If you’re looking for the best AirPods 2 deal for Black Friday, it’s available from Bell Canada (of all places). Yes, that’s right, Bell is selling Apple AirPods 2 for $99.98 on its website, which is far below the $129 Black Friday deal pricing we’re seeing on Amazon.ca and Walmart. As of writing, Bell is […]
IIC Deals
7 hours ago