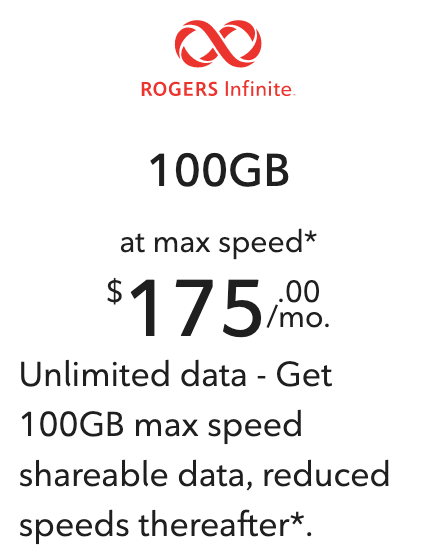 The company told iPhone in Canada this 100GB Infinite plan launched last Friday. Rogers said in a statement, “we’re always looking for ways to offer our customers more choice and flexibility, and this is a great new option for customers that want access to more high speed shareable data.” The company emphasized they were the “first national carrier to introduce unlimited data plans last year.”

Right now, Rogers also is still offering its promo 20GB Infinite plan for $75 per month, just like its rivals Telus and Bell (Telus says its promo ends on November 2, 2020).

As of writing, Telus and Bell only offer up to 50GB for their respective ‘unlimited’ data plans, but both will most likely match Rogers at some point in time.