If you’re a Rogers small business customer, you may want to check your text messages for a bonus data offer from the company. 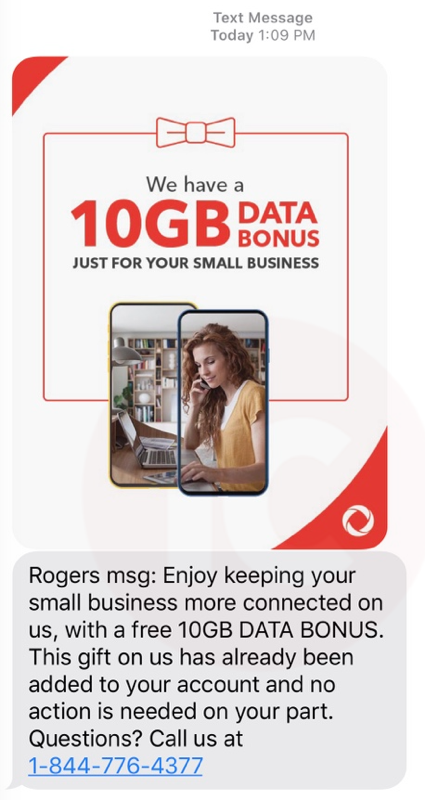 “Enjoy keeping your small business more connected on us with a free 10GB data bonus. This gift on us has already been added to your account and no action is needed on your part,” explains Rogers.

It’s no uncommon for Rogers to dole out free data to its wireless customers, especially as of late. Back in June, Rogers gave select customers 5GB of free data. The free data bonus from Rogers may be a way for the company to retain small business customers from switching to another rival carrier. It could also be a way to pad up the amount of data per wireless account, especially if industry regulators ever ask for customer data information.