With the release of iOS 10.3.2 on Monday, Rogers issued a carrier update, version 28.4. This added support for VoLTE (voice over LTE) for iPhone 6 and iPhone 6 Plus users, iPhone in Canada readers have informed us.

As you can see from the screenshot below, model NG4W2LL/A (iPhone 6) on the Rogers network with the 28.4 carrier update shows LTE in the status bar while on an active call. Previously, calls would be routed through the Rogers 3G network: 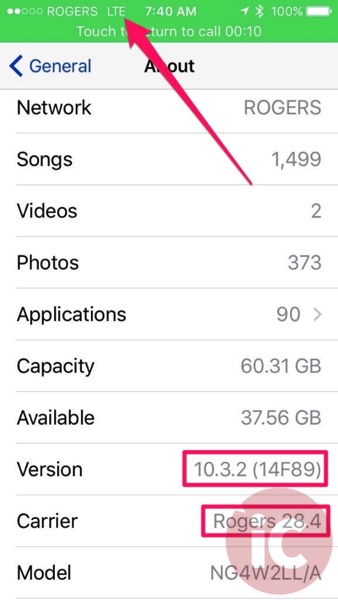 How to find out if you can support VoLTE right now? According to Apple, “go to Settings > Cellular > Cellular Data Options > Enable LTE. If Voice & Data is off, tap it to turn on VoLTE.”

VoLTE support means users can now use LTE for both data and voice simultaneously, while it also supports wide band audio for better clarity, while also allowing for faster call connections.

If you’re on Fido, let us know if you’re seeing VoLTE for iPhone 6 and 6 Plus as well.