Rogers CEO to MPs: Outage Lasted ‘Little Less Than a Day’; Canadians Have ‘Alternatives and Choice’ 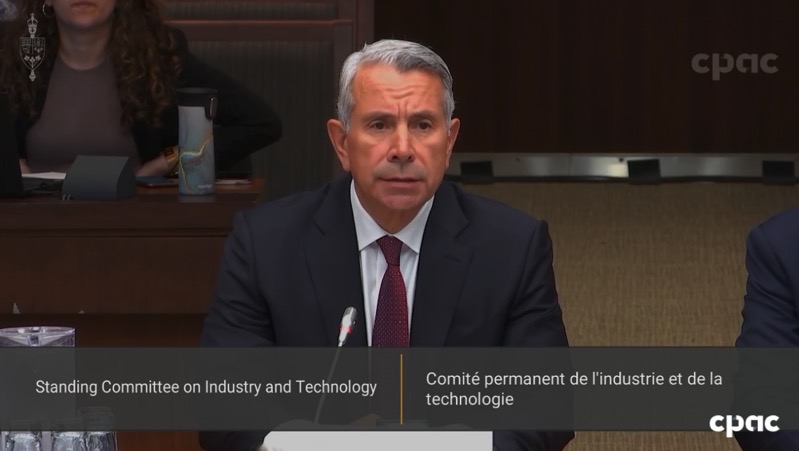 As for Rogers CEO Tony Staffieri, he was responding to comments from Liberal MP Nathaniel Erskine-Smith about competition, stating Canadians have “alternative and choice,” adding “very much so”. Erskine-Smith replied, “and you’re saying this with a straight face?”

When it came to describing the July 8 outage, the Rogers CEO said it “lasted little less than a day”, while adding it was longer for some customers.

Staffieri continued to stress the Shaw deal would allow Rogers to make investments that “neither one can do on our own”, such as fast-tracking network resiliency and redundancy. He said Rogers continues to invest more than ever into its wireless and wireless networks. But this statement was contradictory as pointed out by Dwayne Winseck and Ben Klass:

The Rogers CEO said he had “full confidence” in its new chief technology officer Ron McKenzie.

On Sunday, Rogers said it would invest $10 billion over three years to strengthen its network and prevent future network downtime.

When asked about INTERAC, the Rogers CEO said they failed the company and also Canadians.

Rogers CTO Ron McKenzie told the committee it was “difficult to simulate a whole live environment,” when asked why the upgrade wasn’t tested in a sandboxed environment first.

In responding to question from NDP MP @BrianMasseMP Rogers CEO Staffieri won’t even directly say that completing 911 emergency calls is an essential service.

MP Brian Masse questioned the transparency of telecom executives meeting privately with Canada’s industry minister, to come up with solutions. “I fail to see how this process will build public trust,” said Masse. “We have failed collectively on 911, something that was supposed to be guaranteed,” said Masse, adding there will be heavily redacted materials about what will come of this.

It’s unclear if Rogers will face any penalties from the network outage, aside from being asked tough questions. Bell and Telus have yet to experience nationwide outages at this scale due to maintenance updates.

The hearing is ongoing and happening right now. You can watch it live here.

The Commission for Complaints for Telecom-television Services (CCTS) says it is an "independent agency that helps resolve complaints about telecommunications and television services from individual and small business customers, fairly and free of charge.” When consumers have a telecom complaint (phone, internet, cellphone, etc), an issue filed with the CCTS is usually resolved. In regards...
Gary Ng
12 hours ago

Rogers, Shaw and Quebecor announced on Friday they have signed a deal for the sale of Freedom Mobile to the latter, making their initial $2.85 billion agreement from mid-June now official. The deal is subject to regulatory approvals and the closing of the Rogers-Shaw merger. According to all three telcos, the deal "provides the...
Gary Ng
13 hours ago

Opensignal released its Canada 5G Experience and Mobile Network Experience reports on Thursday, showing insight into the Canadian telecom landscape yet again. From April 1 to June 29, 2022, Opensignal analyzed the 5G user experience from Rogers, Telus and Bell. When it comes to the top 5G download speeds in Canada, Bell and Telus again...
Gary Ng
1 day ago