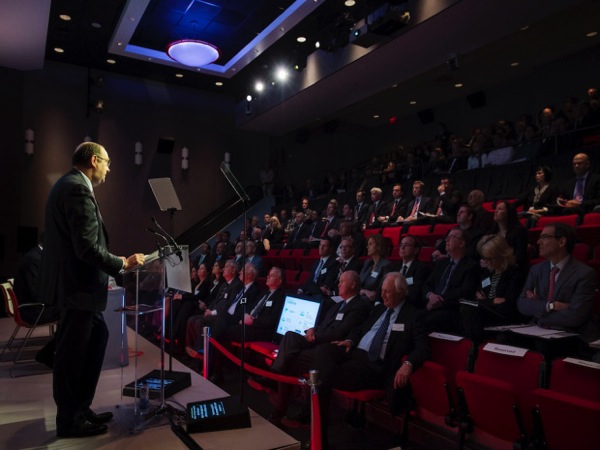 Image via The Canadian Press/Darren Calabrese, via The Financial Post

Rogers CEO Guy Laurence admitted today at the company’s annual general meeting in Toronto he used ‘Undercover Boss’ tactics to learn about issues facing the company’s customers, which included being disguised as a field technician, reports the Financial Post:

“I also went out dressed as a field technician and spent time with customers seeing their needs for myself as well,” he said Tuesday, adding that he now has a “good picture of where we stand.”

“It will take us some time to get to where we provide an experience that matches [customer] requirements,” Mr. Laurence said. “I do believe we can get there – it’s something I did in my previous job, so it’s something that’s not alien to me, it’s something very much at the core of what I believe in doing and have experience in delivering.”

Laurence, who took charge of the company last December, also went on a tour across Canada over the past three months and met with employees without managers in the room, to try and fix the company’s customer service image, which former CEO Nadir Mohamed said last year was something they needed to improve “significantly”, reports Christine Dobby.

The relatively new CEO only faced three questions at the AGM today. Yesterday, Rogers announced their Q1 2014 results, with their wireless division seeing revenue down 2% compared to the year ago quarter.