Bell was the first wireless carrier in Canada to support eSIM—along with its flanker brand Virgin Mobile–on iPhone XS, iPhone XS Max and iPhone XR. Now, it appears its wireless rival Rogers is set to support eSIM as well.

According to Apple’s website for “Wireless carrier support and features for iPhone in the United States and Canada”, both Rogers and Fido now have eSIM listed as a feature: 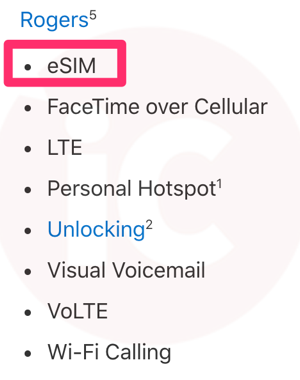 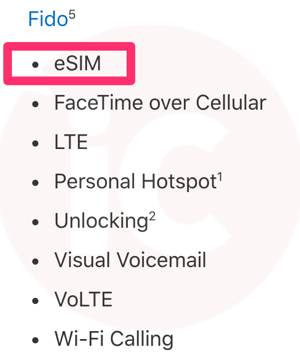 Someone may have accidentally updated these pages prematurely. Apple’s support page for customers to “Find wireless carriers that offer eSIM service” still only lists Bell and Virgin: 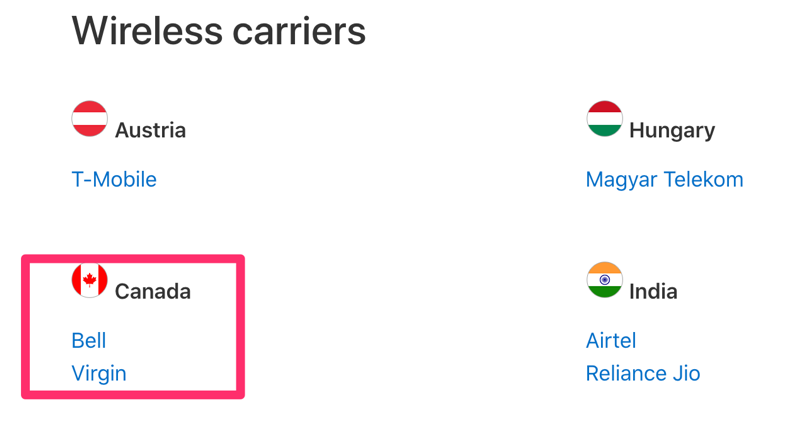 With Dual SIM and eSIM, it allows iPhone XS, iPhone XS Max and iPhone XR users to have two wireless carrier plans active at the same time: one with a physical SIM card; another with eSIM, or Apple’s digital SIM card. The benefits include easily signing up for a wireless data plan while traveling, such as with GigSky’s data-only eSIM plan.

What do you think? Are you ready for eSIM on Rogers and Fido? We’ve reached out to Rogers for clarification on the matter and will update this post accordingly.