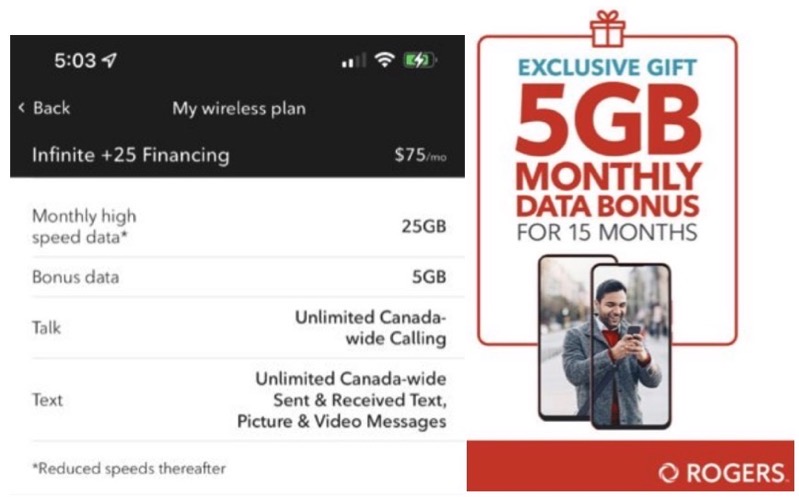 Rogers is again handing out a free 5GB monthly data bonus, according to users on RFD. The freebie is a 5GB monthly bonus that’s good for 15 months.

According to RFD user ‘zumi78878’, their 25GB corporate plan with 15% off received the 5GB free data offer, which was sent via text message.

Other users chimed in to say they also received similar 5GB data bonus offers from Rogers today, which also arrived via email as well.

Back in September, Rogers was also giving out 5GB of free data to customers but for 24 months though, also with no strings attached.

Let us know if you received this Rogers 5GB data offer today.

Rogers and Shaw today announced an extension of their proposed $26 billion merger, along with the sale of Shaw-owned Freedom Mobile to Quebecor’s Vidéotron in a side deal that's part of the broader transaction, to February 17, 2023. "All parties remain committed to the pro-competitive transactions, which will deliver significant benefits to Canada and Canadian...
Nehal Malik
14 hours ago