Rogers has launched Ignite TV, the company’s Internet-based television service based on Comcast’s X1 cloud-based TV platform. The launch comes after years of trying to develop an in-house IPTV solution, only to ditch the idea in late 2016 to opt for Comcast’s turn-key solution instead (which came with a $484 million write down). 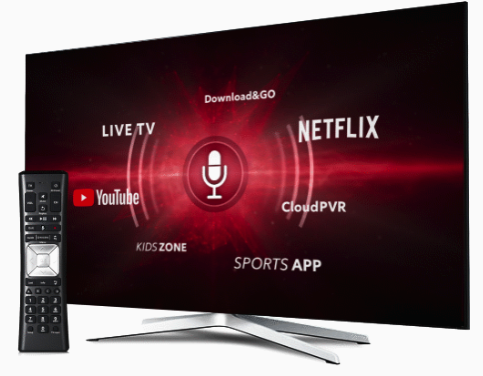 Company employees were given beta trials this summer of Ignite TV, which is now available in Ontario where service is available. A launch in Atlantic Canada is set for next year sometime. Ignite TV comes with smaller set top boxes and a voice-controlled remote, while the box integrates Netflix, YouTube, a SportsApp and a KidsZone. Users will also be able to download shows to their mobile devices.

“People cut the cord, but they’re not giving up on entertainment itself,” Phil Hartling, president of residential services at Rogers, said in an interview with The Globe and Mail. “We think the value proposition in terms of easy access to the content that you want will make the difference for people who have dropped traditional television.”

According to Hartling, the partnership with Comcast means it can scale internet protocol television (IPTV) much faster than it could do on its own. The X1 platform is already being licensed by Shaw and its BlueSky TV service which debuted last year, while Videotron in Quebec also has plans to launch IPTV based on X1 soon as well.

Rogers rival Bell has had its IPTV solution—Fibe TV—since 2010, based on a platform from Ericsson. Bell believes Rogers took too long to launch IPTV and is only just catching up to their Fibe TV offerings. Bell also has Alt TV, an app-based live TV service which targets cord-cutters and is available on all devices such as Apple TV.

Shawn Omstead, vice-president of residential product development at BCE, told the Globe, “We saw the market shifting a number of years ago,” adding, “I think what Rogers is doing caters to a certain segment of the market – the higher-end segment of the market – but it really doesn’t have the breadth of services that we offer. Back in 2012 when Comcast first launched the X1 platform, it was a great idea. If Rogers had launched that product six years ago … instead of spending a lot of time, money and effort developing their own platform, it would have been more competitive.”

As for Rogers, the company said, “We’re not going to take a backseat to anybody on broadband,” according to Hartling.

Are you going to be signing up for Rogers Ignite TV?